India and Russia on Monday inked an agreement for joint production of over six lakh AK-203 assault rifles at a manufacturing facility in Uttar Pradesh's Amethi besides firming up another pact on military cooperation for 10 years. 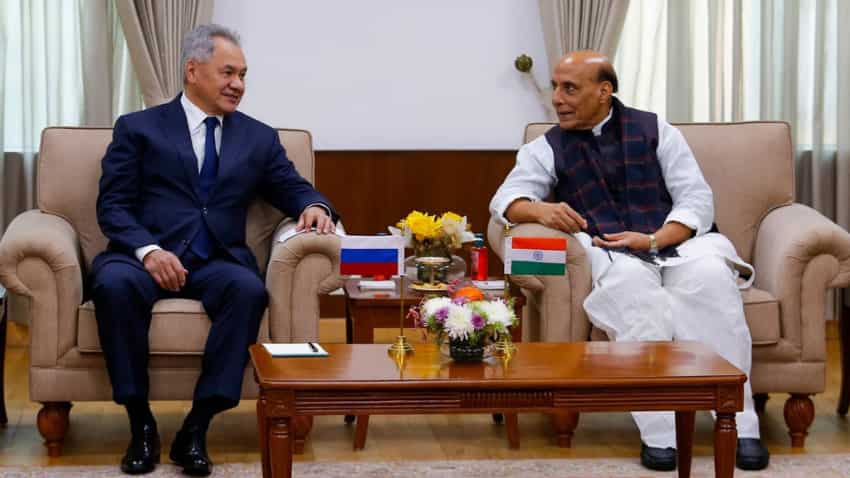 India and Russia on Monday inked an agreement for joint production of over six lakh AK-203 assault rifles at a manufacturing facility in Uttar Pradesh's Amethi besides firming up another pact on military cooperation for 10 years.

The rifles will be manufactured for the Indian armed forces at a cost of around Rs 5000 crore.

The agreements were signed at the 20th meeting of the India-Russia Inter-Governmental Commission on Military and Military-Technical Cooperation (IRIGC-M&MTC).

The two sides also inked a pact on amending the agreement on cooperation in the field of manufacturing of the Kalashnikov series of small arms that was originally sealed in February 2019.

Another agreement was signed on the protocol of the 20th IRIGC-M&MTC, officials said.

The most important of the four agreements was the pact on manufacturing of 6,01,427 AK-203 assault rifles (7.63X39mm) through an Indo-Russia Rifles Private Limited (IRPL).

The 10 year pact on military cooperation is a renewal of an existing framework.

In his opening remarks at the meeting, Singh termed Russia as India's long-standing special and privileged strategic partner, and said that the relations were "time-tested" and based on common interests in multilateralism, global peace and prosperity, mutual understanding and trust.

He appreciated Russia's strong support for India and stressed that the close cooperation is not targeted against another country.

Singh expressed hope that the cooperation will bring peace, prosperity and stability in the region, adding the defence cooperation was one of the most important pillars of the India-Russia partnership.

"India-Russia Inter-Governmental Commission on Military and Military-Technical Cooperation is a well-established mechanism since last two decades," he said.

Singh said the summit meeting between Russian President Vladimir Putin and Prime Minister Narendra Modi later in the day reconfirms the depth and critical importance of special and privileged strategic partnership between India and Russia in the emerging geopolitical circumstances.

He described the first-ever India-Russia '2+2' ministerial dialogue as a special initiative taken by the leaders of the two countries, signalling the higher relevance of the ties.

The two Russian ministers will join President Putin later in the day in his summit talks with Prime Minister Modi.