PM Narendra Modi has given a push to the country's Make in India initiative as his government aims to ensure many big achievements come to pass by means of this ambitious project. 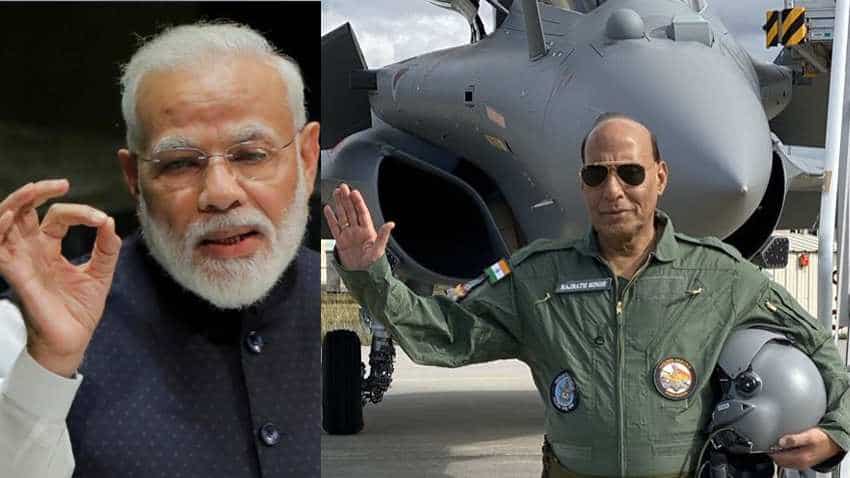 PM Narendra Modi has given a push to the country's Make in India initiative as his government aims to ensure many big achievements come to pass by means of this ambitious project. Now, Union Defence Minister Rajnath Singh addressing a business seminar 'India Rising', organised by the Indian Chamber of Commerce at the Defence & Security Exhibition 2019, has said that India was committed to achieving $26 billion defence industry by 2025, as per an IANS report.

Under the Draft Defence Production Policy 2018, the Indian government eyes $5 billion defence exports by 2025. "On the one hand this target is ambitious, but at the same time it's encouraging that India's defence exports have grown almost six-fold in the last two years," he said.

Addressed the ‘India Rising’ Seminar at the ‘Defence & Security-2019’ Exhibition in Bangkok today.

Apprised the business community of @makeinindia initiative and the opportunities available to invest in India.

It is definitely the right time to invest and do business in India pic.twitter.com/fy6AjXp8YZ

$10 billion investment in aerospace and defence goods and services was expected by 2025, which could provide employment to two-three million people, he said.

Over 50 technological designs would be made to meet the armed forces' requirements, while a Defence Innovation Fund was being planned to support the government participation through equity investment in defence startups, he said.

"A new transfer of technology (ToT) policy is being developed to simplify the way of transferring technology by DRDO to the industry. More than 900 ToT licensing agreements have been signed with industries. It's a major step towards making the defence manufacturing sector self-sufficient," Singh said.

"The government plans to establish two defence corridors in Tamil Nadu and UP. A Defence Innovation Hub is functioning in Coimbatore. A Defence Planning Committee has been formed. In this regard, the UP government plans to build a defence manufacturing corridor along with the proposed Bundelkhand Expressway, which will help in making India self-reliant in defence production," the Defence Minister said, adds the IANS report.