India Post Payments Bank has garnered over two crore customers in less than two years of being operational. 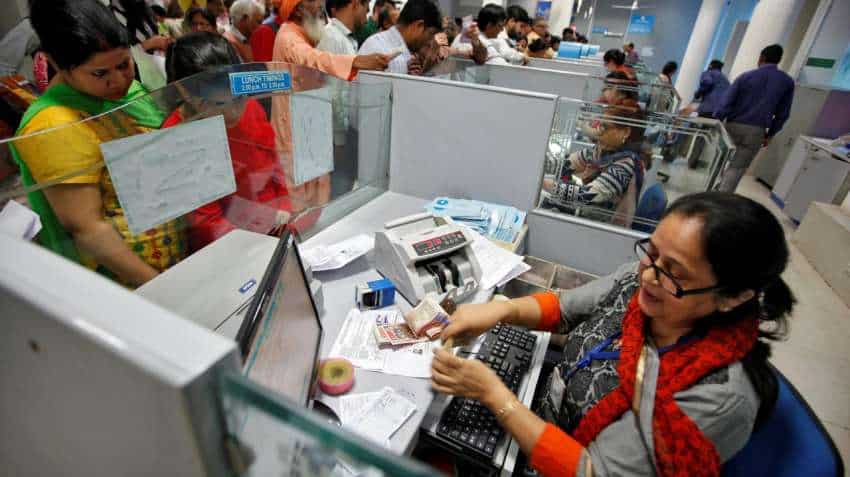 On an average, IPPB has been opening or maintaining a run rate of 33 lakh accounts per quarter. Photo:Reuters
Written By: PTI
RELATED NEWS

India Post Payments Bank off to a flying start! Over 77,000 accounts opened in Maharashtra, Goa

India Post Payments Bank (IPPB) has garnered over two crore customers in less than two years of being operational.

According to a statement, IPPB had reached the landmark of one crore customers in August last year - its first year of operations.

"The next 1 crore customers have been acquired and on-boarded in just five months. On an average, IPPB has been opening or maintaining a run rate of 33 lakh accounts per quarter," a statement said.

The success of IPPB's business model underlines the government's intent in creating an interoperable banking infrastructure for the public good contributing toward changing the financial inclusion landscape in India, Communications Minister Ravi Shankar Prasad was quoted as saying in the statement.

"Since its launch, IPPB has enabled more than 1.36 lakh post offices and 1.9 lakh dakiyas (postmen) to provide a complete suite of banking services at the doorstep of the customer providing access to any Aadhaar linked bank account, leading to an increase in rural banking infrastructure by almost 2.5 times," he added.

With the launch of Aadhaar Enabled Payment System (AePS) Services in September 2019, IPPB has now become the single largest platform in the country for providing interoperable banking services to the customers of any bank, the statement said.

With AePS services, any person with a bank account linked to Aadhaar can perform basic banking services such as cash withdrawals and balance enquiry irrespective of the bank they hold their account with.

To avail these services, a customer with an Aadhaar-linked account can simply authenticate his or her identity with fingerprint scan and Aadhaar authentication to complete a transaction.

The statement noted that IPPB has implemented one of the largest-ever digital financial literacy programme by investing over one crore man-hours in training and certifying more than 250,000 postal assistants, postmen and GDS as banking service providers.

The bank has also digitised all the post office counters through a simple QR Code to accept electronic payments and also enabled direct payments into various post office saving schemes and purchase of postal products, it added.

India Post Payments Bank off to a flying start! Over 77,000 accounts opened in Maharashtra, Goa