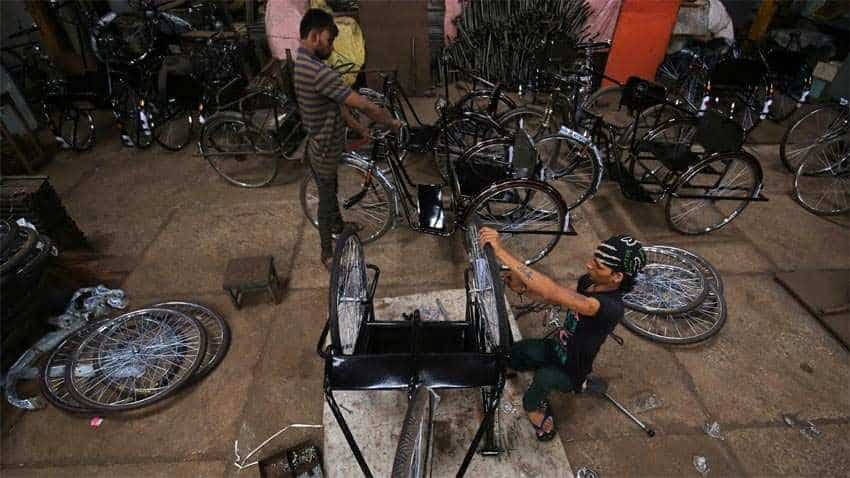 A weakening Indian rupee, which has been hitting fresh lows against the U.S. dollar in the past few months, likely boosted exports. Reuters
Written By: Reuters
RELATED NEWS

Data on Friday showed India`s economy expanded 8.2 percent in the April-June quarter, its fastest pace in more than two years, driven by solid growth in manufacturing and consumer spending.

The activity gauge fell to a three-month low of 51.7 from July`s 52.3. Analysts polled by Reuters had expected growth to pick up, forecasting a reading of 52.8.

Still, the rate of expansion remained solid. The PMI has not been below the 50-mark which separates growth from contraction since July 2017, when manufacturing took a hit from the hasty implementation of a goods and services tax.

A weakening Indian rupee, which has been hitting fresh lows against the U.S. dollar in the past few months, likely boosted exports.

Meanwhile, input prices rose at the slowest pace since May and the rate of increase in output prices fell, signalling a further easing in overall inflation pressures.

"Indian manufacturers retained positive projections for output over the next 12 months, but the level of sentiment eased in August. Indeed, some of the key headwinds facing the economy include high global oil prices, monetary policy tightening, and capital outflows from emerging markets," IHS Markit economist Aashna Dodhia said in a statement.