In spite of corporates witnessing a healthy 22  per cent revenue growth in the June quarter, most have seen flat margins, with airline and cement companies seeing declining margins due to rising input costs and crude prices, says a report. 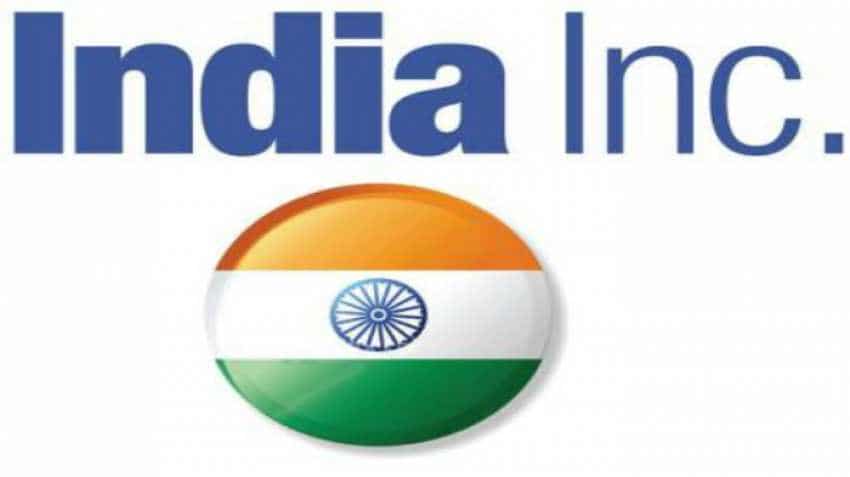 In spite of corporates witnessing a healthy 22 per cent revenue growth in the June quarter, most have seen flat margins. Image source: Inhouse
Written By: PTI
RELATED NEWS

In spite of corporates witnessing a healthy 22 per cent revenue growth in the June quarter, most have seen flat margins, with airline and cement companies seeing declining margins due to rising input costs and crude prices, says a report. According to an analysis of 173 companies by Icra, consumer-oriented sectors like auto, FMCG, consumer durables and airlines as well as commodity-linked sectors like cement, iron & steel and oil & gas, saw stronger sales growth in the June quarter.

This was supported by a low-base across most sectors in Q1 of FY18 because of GST-related inventory de-stocking.

"On average the corporate sector has reported a 22 per cent rise in revenue but on flat margins," Icra said in a report today.

While pharma grew 20.8 per cent, supported by strong domestic sales and base effect, IT reported a healthy 12.9 per cent boosted by strong performance in their digital offerings and partial recovery in the BFSI segment.

Many companies also reported price hikes due to increase in raw material prices. The sales growth was however flat at 0.7 per cent on a quarter on quarter basis.

Strong revenue growth has ensured that companies are able to protect their pre-tax margins which remained overall flat on an annualised and sequential basis, as they have managed to offset the increase in raw material and fuel prices through price hikes, operating leverage and cost reduction, says Icra.

While pre-tax margins of FMCG, iron & steel, capital goods, and auto players increased, that of airlines and cement declined because of sector specific dynamics.

However, volume growth has come on a low-base because sales in Q1 FY18 were impacted by GST related inventory de-stocking. Volume increase was also supported by price hikes across multiple segments because of increase in raw material costs.

Several consumer-oriented companies have reported strong growth in the rural areas, which is expected to continue on the back of good monsoons, MSP hikes and overall thrust on agri-economy ahead of elections.

Among the sectors that could not sustain margins are airlines and cement. While airlines are under pressure due to rise in fuel prices, falling rupee and lower yields and competitive pressures, the cement companies' margin was hit by rise in pet coke prices and increase in freight rates and flat realisations.

Crude prices rose 47.6 per cent in Q1 putting significant pressure on the margin of airlines, as their fuel cost has jumped close to 30 per cent. As the entire cost could not be passed on to passengers, their yields were down 5.5 per in the quarter.

For cement companies, increase in pet coke prices adversely impacted margins to the tune of over 9-15 per cent increase in its power and fuel costs.