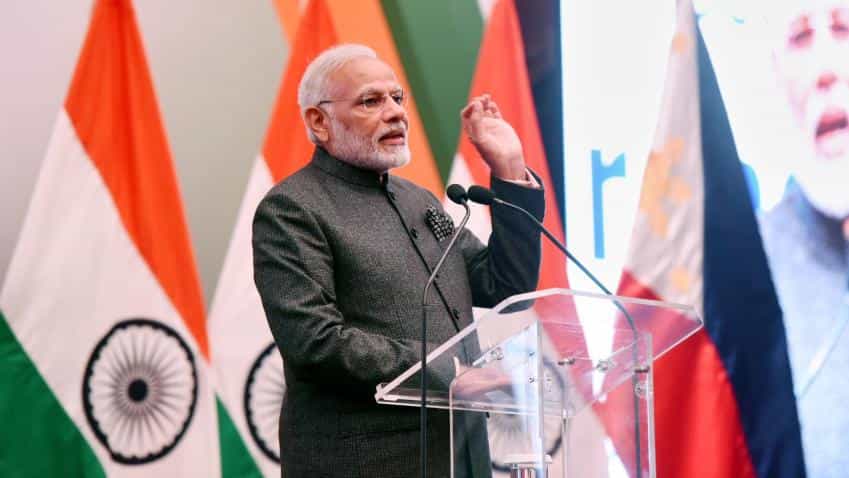 India (9 per cent) bumps Japan (8 per cent) as the fifth most attractive market in 2018. Image Source: IANS

India has emerged as the fifth most attractive market for investments and the optimism over global economic growth is at a record level, a survey of CEOs by global consultancy PwC said today.

The findings come on a day when the rich and powerful are meeting here for the World Economic Forum's (WEF) annual summit starting today.

"The US remains the top spot for global investment, while India moves into the top 5," PwC's 21st CEO Survey said, adding that there is surprising faith and optimism among chief executives in the economic and business environment worldwide, at least over the next 12 months.

Around 46 per cent of global CEOs consider the US as one of the three most important countries for growth, followed by China (33 per cent) and Germany (20 per cent) at second and third places, respectively.

PwC India Chairman Shyamal Mukherjee said backed by definitive structural reforms, the India story has been looking better in the past one year.

"Most of our clients are optimistic about their growth. The government has made efforts to address concerns around areas like infrastructure, manufacturing and skilling, although newer threats like cybersecurity and climate change are beginning to play on the minds of our clients," he noted.

As per the survey, 54 per cent of the CEOs plan to increase their headcount this year while only 18 per cent expect to reduce their staff.

The sectors having the highest demand for new recruits are health care (71 per cent), technology (70 per cent), business services (67 per cent), communications (60 per cent), hospitality and leisure (59 per cent).

Notwithstanding the optimism in the global economy, 40 per cent of CEOs are 'extremely concerned' about geopolitical uncertainty and cyber threats while 41 per cent feel so about terrorism.

Other factors for concerns are availability of key skills (38 per cent) and populism (35 per cent).

"These threats outpace familiar concerns about business growth prospects such as exchange rate volatility (29 per cent) and changing consumer behaviour (26 per cent)," the survey said.

Further, terrorism is seen as among the top ten threats to growth whereas only 20 per cent felt so in 2017.

"The threat of over-regulation remains the top concern for CEOs (42 per cent extremely concerned), and over a third (36 per cent) remain concerned about an increasing tax burden," it added.

PwC conducted 1,293 interviews with CEOs spread across 85 countries between August and November 2017. Besides, the sample is weighted by national GDP to ensure that CEOs' views are fairly represented across all major countries.