"127 kg gold in 1 kg bars and 96 crore in old currency and Rs 10 crore in Rs 2,000 notes has been seized by the sleuths after the operation," top I-T department officials said. 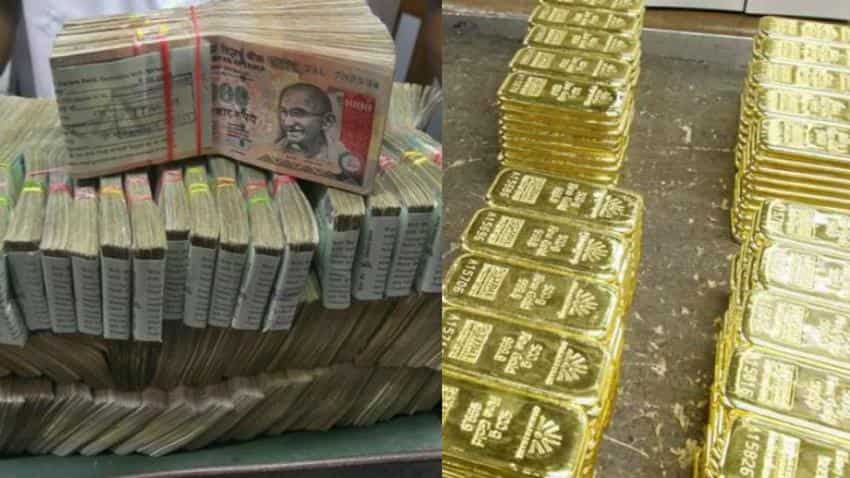 The Income Tax department today recovered at least Rs 106 crore cash, including Rs 10 crore in new currency, and 127 kgs of gold bars in searches at multiple locations in the city to check instances of tax evasion post demonetisation.

This is the largest seizure of new currency notes post demonetisation. The I-T operation had been launched yesterday here.

"127 kg gold in 1 kg bars and 96 crore in old currency and Rs 10 crore in Rs 2,000 notes has been seized by the sleuths after the operation," top I-T department officials said.

They said the I-T teams had launched operations on at least eight locations of a "syndicate" involved in currency conversion and recovered this huge amount.

The officials said a number of documents related to financial transactions, entries of gold sale and records of sale/purchase have also been seized by the tax sleuths.

At least three people of the alleged syndicate are being questioned while few others are under the radar, they said.

The tax department had made the largest seizure of Rs 5.7 crore cash in new notes in Bengaluru few days back after which two other central probe agencies, the CBI and the Enforcement Directorate, had taken over the cases to probe instances of corruption, money laundering and large-scale hawala transactions in the wake of the currency scrap on November 8.