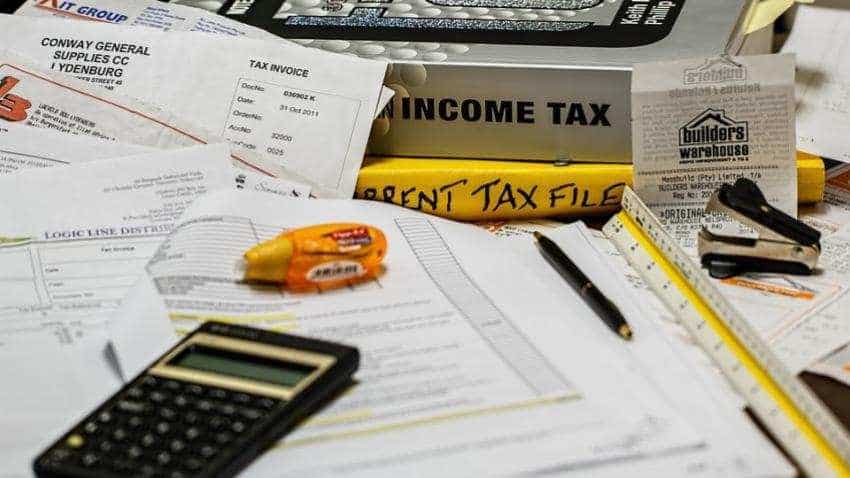 The income tax department seized assets worth Rs 992.52 crore during 2017-18, while 582 search and seizure operations were conducted during the financial year, Image source: Pixabay
Written By: PTI
RELATED NEWS

The income tax department seized assets worth Rs 992.52 crore during 2017-18, while 582 search and seizure operations were conducted during the financial year, Parliament was informed Friday.

In a written reply to the Lok Sabha, Minister of State for Finance Shiv Pratap Shukla said the income tax department seizes unaccounted/ undisclosed/ unexplained assets during the search and seizure operations.

"As per Budget Estimate, the indirect tax (including CGST, IGST and compensation cess) to GDP ratio for 2018-19 has been fixed at 5.96 per cent," Shukla said.

He added that several legislative steps, including simplification of tax collection rules, have been taken to increase the tax-GDP ratio.

The measures include tax collection at source at 1 per cent on sale of minerals such as coal, lignite and iron ore for trading purposes and 1 per cent tax deduction at source on acquisition of immovables worth Rs 50 lakh or more.

Also, a new tax in the form of equalisation levy at 6 per cent has been imposed on e-commerce transactions and a 5 per cent TDS on rent payment of over Rs 50,000 a month has also been brought in to improve the tax-GDP ratio.

"Further, to improve revenue collection, steps which are being taken include introduction of e-way bill, simplification of measures for filing tax returns, steps to capture invoice details of transactions so that the same could be matched with credit taken and verification of transition credit availed by tax payers," Shukla said.

He said tax base has significantly increased after the rollout of the goods and services tax and over 1.16 crore taxpayers are registered under the new indirect tax regime.