Goyal was speaking at the 5th Foundation Day of the Indian Institute of Insolvency Professionals of ICAI (IIIPI). 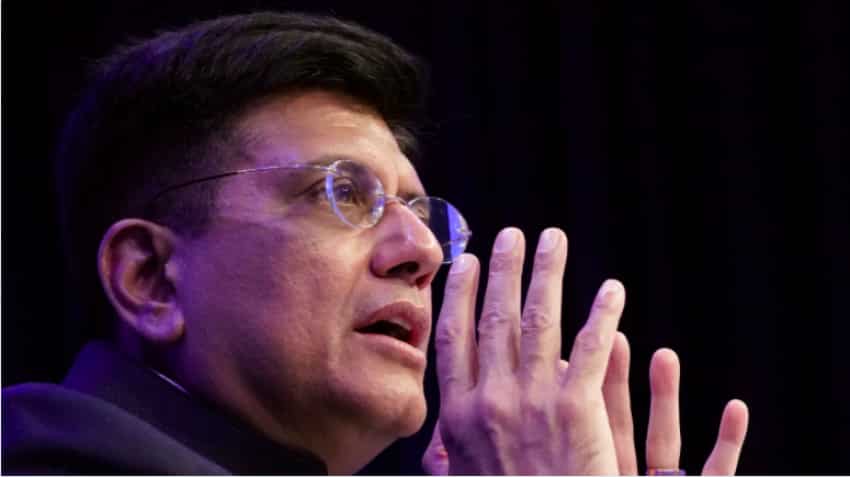 Goyal said IBC is a game changing reform compared to the past, when resolution would take probably decades.

The Insolvency and Bankruptcy Code (IBC) has brought about change in the attitude of both lenders and borrowers, besides promoting ease of doing business, Commerce and Industry Minister Piyush Goyal said on Thursday.

Goyal said IBC is a game changing reform compared to the past, when resolution would take probably decades.

"...We have come to a situation where we can reasonably expect resolution to happen within a stipulated timeline with that occasional delay. But resolution is happening. That is a reality," he noted.

Goyal was speaking at the 5th Foundation Day of the Indian Institute of Insolvency Professionals of ICAI (IIIPI).

"We have achieved a change in the attitude of people both lenders and borrowers because of IBC and your efforts. It has given the confidence that the money can be recovered," he said.

The minister exuded confidence that going forward, there will be significant positive action in terms of what is good for the credibility of India and its financial architecture.

Any borrower who does not pay back his dues will be called to task, Goyal said.

He further said harnessing technology is important to speed up resolution of bad loans and urged IIIPI to look at capacity building and upskilling of professionals.

"In our world, whether it's valuation, whether it's resolution, and we are speeding up the resolution of bad loans, I think technology can play a big role. And I would urge IIIPI to focus and see what kind of tools we can develop for our professionals to use to help them in their work," Goyal added.

He also said what IIIPI is doing is national service and reviving the faith in entrepreneurship and businesses.

To shield businesses from distress in the COVID-19 period, the government took the proactive measure to suspend insolvency proceedings arising from defaults during March 2020 to March 2021, the minister added.

The Insolvency and Bankruptcy Code was enacted five years ago.

India-UK trade deal: Focus on what is acceptable to both countries, says Piyush Goyal

At least 2 more free trade agreements to be signed in 2023, says Piyush Goyal