I was born in the same state as you in India: Congresswoman Jayapal tells Google CEO

For Congresswoman Pramila Jayapal, it was an occasion to celebrate as Indian American Sunder Pichai, the Google CEO, appeared before a Congressional committee for a grilling by lawmakers on the search engine's data privacy. 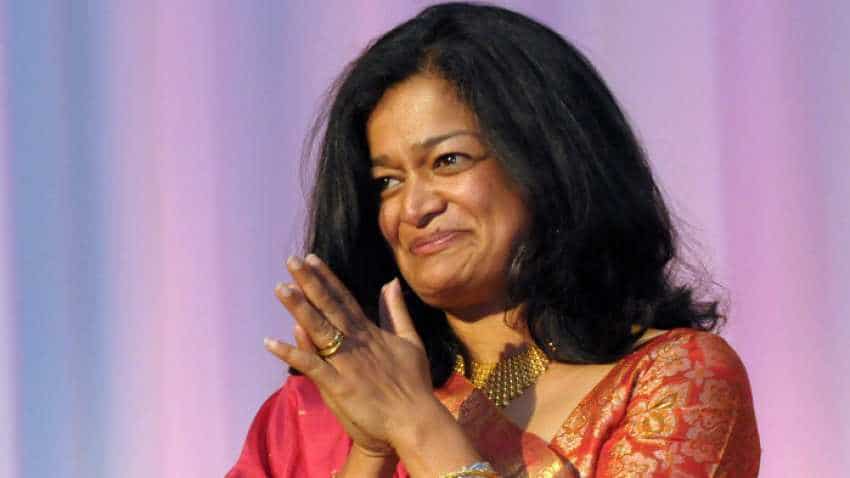 For Congresswoman Pramila Jayapal, it was an occasion to celebrate as Indian American Sunder Pichai, the Google CEO, appeared before a Congressional committee for a grilling by lawmakers. Image source: India.com
Written By: PTI
RELATED NEWS

For Congresswoman Pramila Jayapal, it was an occasion to celebrate as Indian American Sunder Pichai, the Google CEO, appeared before a Congressional committee for a grilling by lawmakers on the search engine's data privacy.

The two, now holding reputable positions in different spheres of lives -- one in politics and the other in the corporate world -- were born in the same Indian state of Tamil Nadu. Jayapal, the first ever Indian American Congresswoman made this point during the Congressional hearing.

"Let me just take a point of personal privilege to say that I was born in the same state as you in India and I am excited to see you leading a company and continuing to show that immigrants to this country contribute great value, in spite of some of the rhetoric we hear. Thank you Mr Pichai," she told the Google CEO.

Pichai, 46, was born in Chennai. A graduate from the IIT Kharagpur, he joined Google in 2004 and in 2015, was appointed the Chief Executive Officer (CEO) of the company.

Jayapal, 53, too was born in Chennai and came to the US as a student. Both passed through a similar immigration pathway, involving H-1B visa and Green Card, before becoming US citizens.

During the hearing, Jayapal asked questions to Pichai on sexual harassment and hate speech.

"Do you agree with the UN high commissioner for human rights assessment that social media played a role, for example, in perpetuating genocide against the Rohingya and what is Google's response ability to moderate hate speech on your platforms?," she asked.

"We feel a tremendous sense of responsibility to moderate hate speech. You know, we have defined hate speech clearly as inciting violence or hatred towards groups of people," Pichai said.

"It is absolutely something which I think we need to take a very strict line on and we have stated our policies clearly and we are working hard to make our enforcement better and we have gotten a lot better. But it is not enough and so, we are committed to doing more here," he added.

In her remarks, Jayapal expressed her deep concerns about employers mandating forced arbitration rather than allowing for people to pursue justice.

"Forcing people into arbitration when they have already experienced a violation of their basic rights I think is a deep injustice and it subjects people who have already been victimised to further victimisation and we have seen research that shows that it discourages people from coming forward to report abuses to begin with," she said.

"That is how we have done it. But for sexual harassment, we agreed that it should be up to the employees and we give them a choice," he said.

"We are definitely looking into this further. It is an area where I have gotten feedback personally from our employees, so we are definitely reviewing what we could do and you know, I am looking forward to consulting and happy to think about more changes here," Pichai said.

"But you came to this country, because this country had that promise out there and I want to thank you for being here today and encourage you to continue collaborating with this committee," Rothfus said.