"We have five offers on the table from five chief ministers. We spoke to them and the one that will give us the land we will go and build. We have local partners and we are now raising USD 100 million and bringing another investment from abroad," Gresta told PTI over the weekend. 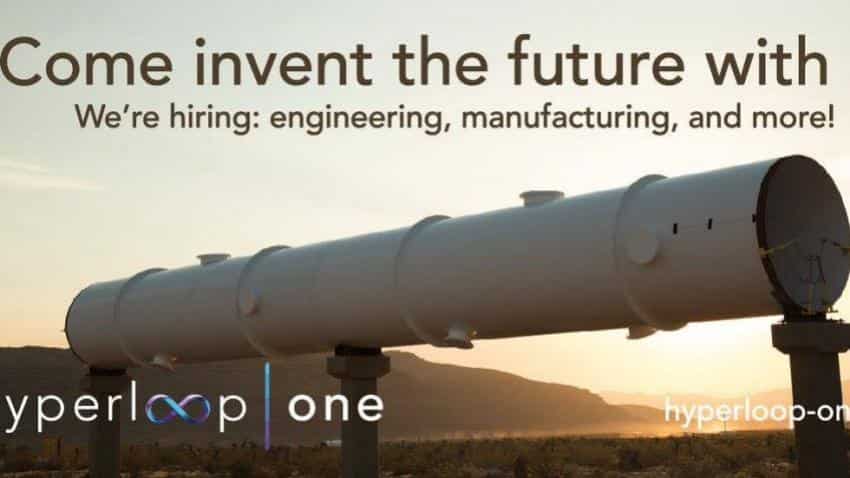 HTT is in talks with five Indian states to build a high-speed travel network and will also raise $100 million to invest in India. Photo: Hyperloop One Twitter Page
Written By: PTI

US-based Hyperloop Transportation Technologies (HTT) is in talks with five Indian states to build a high-speed travel network and will also raise $100 million to invest in the country.

It is in talks with a corporate house for a local partnership and also an academic institution, its chairman Bibop Gresta has said.

"We have five offers on the table from five chief ministers. We spoke to them and the one that will give us the land we will go and build. We have local partners and we are now raising $100 million and bringing another investment from abroad," Gresta told PTI over the weekend.

The money will be raised exclusively for India play and from both international and domestic investors, he said.

Once the land and other permissions for the "fifth mode of transportation", which is based on a futuristic idea presented by entrepreneur Elon Musk in 2013, are in place, HTT can host a passenger in 36-38 months, he said.

The idea entails putting goods and people in capsules which will travel in specially-made vacuum tunnels built above the ground.

Magnetic levitation and zero resistance will ensure the capsules travel at very high speeds of over 1,000 kmph.

It has not yet been deployed anywhere yet.

Asserting that HTT has been in touch with Indian officials for long and has also hosted Union Minister Nitin Gadkari at its US offices, Gresta expressed dismay for the "confusion" created by rival 'Hyperloop One'.

In its efforts to develop in the lucrative Indian market, the rival is reportedly hosting a seminar in the national capital next week.

"They (officials) are talking only with us, until now. Their (HO) company is doing an event on 27th. They are confusing a little bit. That confuses the brand Hyperloop. The funny thing is that they convinced the rail minister to go there," he said.

After presenting the idea, which entails passengers or goods being transported inside capsules put inside vacuum created in special tunnels above the ground at speeds of over 1,000 kmph, Musk asked the industry to work on it.

HTT and HO are seeking to commercialise the idea.

Gresta said his company has so far invested $32 million in the project and is already in various stages of implementation in UAE, Slovakia and the US.

Despite this, he said, the company will first build a 5-8 km track in India as part of its feasibility study.

When asked about the need to experiment if the company is confident about the technology, he denied that they are "experimenting" but was quick to add that the smaller lengths are essential as much of the work has happened on computer- aided simulators.

Making a case against the more expensive high-speed trains like the Japanese bullet train, Gresta said it will take an investment between $20-40 million per km for building HTT's network and exuded confidence of achieving break-even in 8-10 years.

The idea is to build network between important cities like Mumbai and Delhi or Mumbai and Bengaluru in such a way that the journey time gets reduced to as low as an hour.

Gresta said 30 of the 600 people who have contributed to HTT's project are Indians and the company is also looking to have an office here looking at the opportunity it presents.

"India is a great opportunity right now, and should embrace it. I will do it if I was a wise politician. I am passionate about India because it can be one of the first countries," he said.