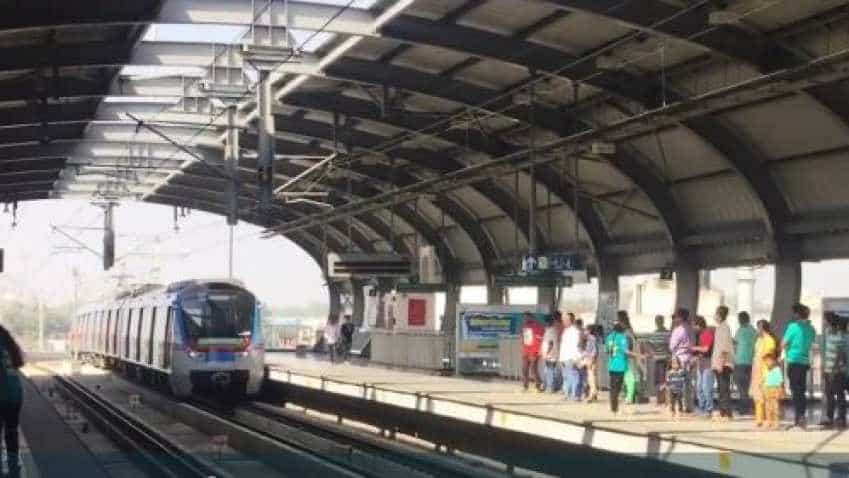 HMRL has also removed a total of 300 temporary structures such as pan dabbas, kiosks and tea stalls. Image source: Twitter

Hyderabad Metro Rail Limited (HMRL) has removed many illegal structures during an anti-encroachment drive, with its managing director Sunday warning a strict action against shopkeepers and vendors illegally occupying footpaths and service roads.

HMRL MD N V S Reddy has taken a dim view of the designer tiled footpaths/sidewalks, service roads, parking areas under development in the Metro Rail corridors being encroached upon. The HMRL, which launched an encroachment removal drive since the last three days, has removed over 20 permanent structures including steps, walls, railings that were constructed by some shopkeepers, Reddy said in a release.

HMRL has also removed a total of 300 temporary structures such as pan dabbas, kiosks and tea stalls, besides 130 temporary stalls and 300 hoardings which are obstructing free movement of pedestrians in Malakpet- LB Nagar stretch of the Metro Rail corridor-I, it stated.

After inspecting the demolished structures and encroachment removal, Reddy instructed HMRL engineers to create more parking places in the retrieved open spaces. The MD also directed them to provide safety railings and bollards to the newly-laid footpaths wherever required to prevent encroachments, the release said.