Voting for the seventh phase of the Lok Sabha elections in Madhya Pradesh along with 44 other constituencies across seven states is underway on Monday. 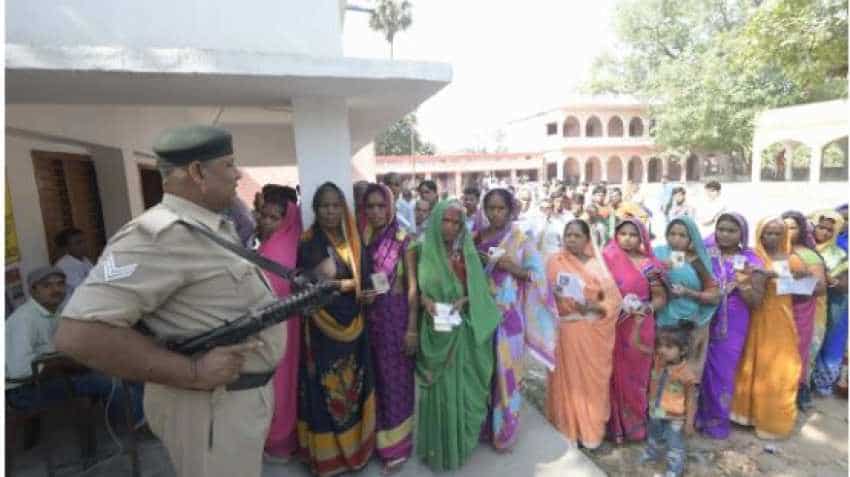 Voting was held at six of the 29 seats in the state's the first phase of polling on April 29. Just like the first four phases, Google dedicated its Monday doodle to the Lok Sabha elections. Image source: IANS

Voting for the seventh phase of the Lok Sabha elections in Madhya Pradesh along with 44 other constituencies across seven states is underway on Monday. Voting began at 7 am for the Tikamgarh, Damoh, Khajuraho, Satna, Rewa, Hoshangabad and Betul seats in the second phase of elections in the state. Voting was held at six of the 29 seats in the state's the first phase of polling on April 29. Just like the first four phases, Google dedicated its Monday doodle to the Lok Sabha elections. The doodle shows off the iconic post-vote finger marked with black ink that indicates that a vote has been cast. On clicking on the doodle, the search takes you to a "How to vote #India" page that elaborates the voting process for the elections.

"You can vote only if your name appears in the Voter List (also known as Electoral Roll). Voters can also find information on Polling Booths, Contesting candidates, Election Dates & Timings, Identity cards and EVM," the search result shows along with a point-wise table explaining the process.

How to vote: Process at the booth

1. First polling official will check your name on the voter list and check your ID proof
2. Second polling official will ink your finger, give you a slip and take your signature on a register (Form 17A)
3. You will have to deposit the slip at the third polling official and show your inked finger and then proceed to the polling booth
4. Record your vote by pressing the ballot button opposite the symbol of the candidate of your choice on the Electronic Voting Machine (EVM); You will hear a beep sound
5. Check the slip that appears in the transparent window of the VVPAT machine. The slip with the Candidate serial No., Name and Symbol will be visible for 7 seconds before it drops in the sealed VVPAT box
6. You can press NOTA, None of the Above, if you don't like any candidate; it's the last button on the EVM
7. For more information, please see the Voter Guide on http://ecisveep.nic.in/
8. Mobile phones, cameras or any other gadget is not allowed inside a polling booth.

Apart from this, Google also gave information about candidates, polling booths, EVMs and election dates. It also links each page to the official election commission website for further details. Results for the mega Lok Sabha elections in the country will be announced on May 23.