Grab a piece of Bank of Baroda! This is how it will make you rich

Mega size may translate into big profits too, down the line. So, as an investor, here is why you might want to think about grabbing a piece of BoB, because it is set to be a money making magnet going forward. 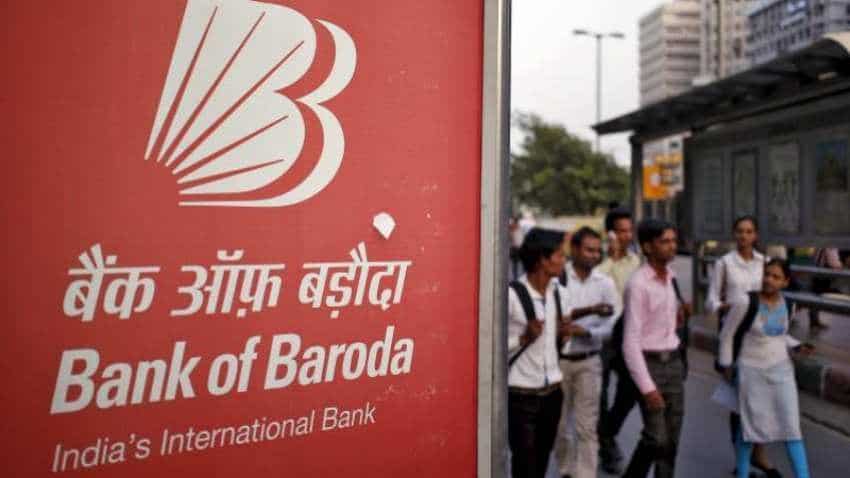 Post equity-swap ratio, BoB is seen to see a rise of 29.2% in terms of outstanding shares. This will boost the stock price of BoB. Photo: Reuters

There is a saying with age comes experience, and it would be quite true for the over 110 year old Bank of Baroda. It has been hiding in the shadows of major lenders like State Bank of India (SBI), HDFC Bank and ICICI Bank for quite some time, but looks like  this Gujarat-based bank has grabbed the spotlight now. BoB is just in process of merging two new banks with itself namely, Vijaya Bank, which is an anchor bank and the weaker Dena Bank. But did you know that, as many as 10 banks have already merged under BoB since its inception way back in 1908? With BoB-Vijaya-Dena Bank merger, India will get its third largest commercial bank having a total business size of  Rs 15.4 trillion and loan book size of Rs 6.6 trillion and branch network of 9,511. Mega size may translate into big profits too, down the line. So, as an investor, here is why you might want to think about grabbing a piece of BoB, because it is set to be a money making magnet going forward.

This itself proves that BoB will see a rise in it market price, courtesy the mega merger.

Let’s calculate how Bank of Baroda can power a massive rise in its share price.

Currently, the existing number of shares in BoB is about 2,645.5 million, Vijaya Bank has about 1,304.1 million shares and that of Dena Bank has 2,259 million shares, as per Motilal Oswal.

Post equity-swap ratio, BoB is seen to see a rise of 29.2% in terms of outstanding shares. This will boost the stock price of BoB.

Analysts at Elara Capital explain that, Vijaya Bank’s 1,000 equity shares value stands at Rs 51,050 against which its shareholders have been awarded Bank of Baroda’s equity shares worth Rs 47,939, translating into a loss of 6%.

Details of equity exchange swap ratio will go ahead after February 07, 2019, as a  Grievance Redressal Committee headed by a retired judge of Mumbai High Court, has been set up to address the concerns of shareholders.

While the equity swap ratio will already be a boon to BoB share price, many analysts have also given a buy rating on this bank.

Alpesh Mehta and Yash Agarwal analysts at Motilal Oswal said, “BOB has shown early signs of turnaround in recent quarters, and management's focus on cleaning up the balance sheet and improving provisioning coverage has further laid the foundation for sustainable growth. “

In the duo’s view, “Such a large-scale merger will present its own set of challenges in the near term, but the recovery in the NPL cycle, credit growth and the prospects of adequate capital infusion from the government will aid smoother integration and help in returning to normal operations. The purging of bad loans over the past few years has considerably improved transparency levels, and thus, will preempt any post-merger shocks for BOB. The favorable swap ratios have resulted in 8.2%/2.2% increase in BV/ABV for BOB.”

Following which, Motilal Oswal has maintained a Buy Rating with an unchanged price target of Rs 140 per piece on BoB.

Analysts at Antique Stock Broking said, “ Post announcement of merger, BoB has underperformed BANKNIFTY by ~15% as integration of state-owned bank is not an easy task and could delay the RoE normalization. Now with overhang of merger and SWAP ratio over, integration and long-term leadership path would be keenly watched. Reasonable valuation and strong fundamentals of BoB (standalone) drive our BUY rating and we maintain our target price of INR145.”

As an investor, it needs to be noted that, this would be a great time to buy BoB when it currently trading at lower level as in coming months the valuation can give an hefty short term gains. Also, it is noteworthy, that BoB has already earmarked an all-time high of Rs 176 per piece on BSE, hence, the potential in this 11 decades year old bank is commendable.

Post merger, the branch count of the combined entity will increase to 9,511 (second largest amongst all banks). The employee base, too, will rise to 86,473, as against 94,907 for the second largest lender – HDFC Bank.

Therefore, a piece of BoB on stock exchanges would definitely be a wise decision.

Bank of Baroda car loan: BoB slashes interest rate; check new rate, how to apply and features of this loan