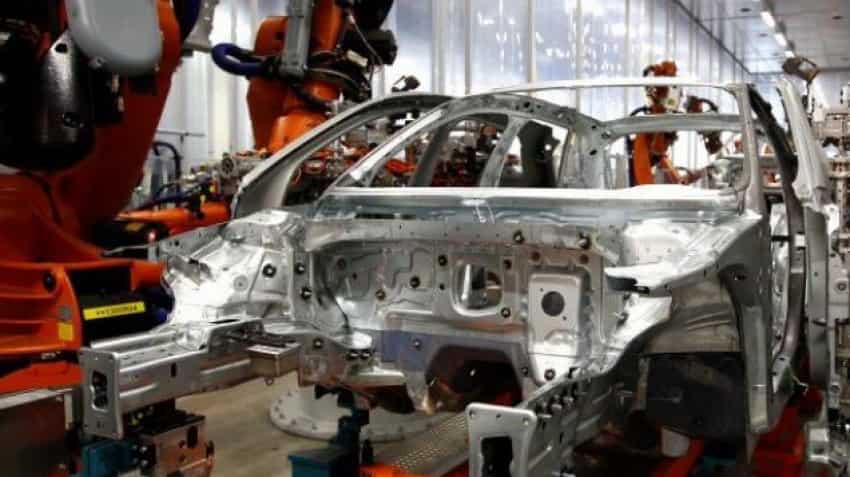 The Society of Manufacturers of Electric Vehicles (SMEV) estimates the EV sales to more than double to around 2 lakh units next year, on the back of supportive policy environment. Reuters
Written By: PTI
RELATED NEWS

New Delhi: With 'clean' being seen as the way ahead, the automobile sector appears all set to ride this bandwagon and the government is keen to give its push in 2019 with a new National Auto Policy and an ambitious 'FAME II' scheme to leapfrog India to a future driven by clean mobility.
"Seen from a global perspective, the prospects for clean mobility are bright,? Union Heavy Industries Minister Anant Geete said.

The government is making efforts to introduce enabling policies to push green energy-powered vehicles with pollution rising to alarming levels, the minister said, while asserting that advent of new technologies is a key enabler.

In an exclusive interview to PTI on his outlook for the new year, Geete said the government is shaping policies with a thrust on clean mobility and to encourage mass adoption of vehicles having zero effect on the environment.

The Society of Manufacturers of Electric Vehicles (SMEV) estimates the EV sales to more than double to around 2 lakh units next year, on the back of supportive policy environment.

"We have received good response to 'FAME I' and have already sent a proposal regarding the second phase of the scheme. Efforts are on towards getting the scheme's second phase approved before the 2019 Lok Sabha polls," Geete said.

The Faster Adoption and Manufacturing of Hybrid and Electric Vehicles in India (FAME-India) scheme entails providing incentives for strong hybrid and electric vehicles.

Geete said the new National Auto Policy will also be unveiled in 2019, though that may happen after the Lok Sabha elections. The polls are expected around April-May period.

The impetus on clean mobility was already evident in the draft National Auto Policy released earlier this year. The final policy is expected to talk about promoting clean and safe mobility and adopt a long-term roadmap to harmonise emission standards with the global benchmarks by 2028.

The minister said the automobile industry's support is crucial to push electric mobility in the country.

"As for 2019, we are very optimistic about witnessing a good growth in electric vehicles. We can expect total sales to more than double to around 2 lakh units from about 90,000-95,000 units expected in 2019," SMEV Director General Sohinder Gill told PTI.

According to him, withdrawal of subsidies on electric vehicles using lead acid batteries and low-speed electric two-wheelers are steps in the right direction to popularise EVs in India.

"We will also see a policy to allow children between 16-18 years of age ride electric two-wheelers with special license although they aren't allowed to ride internal combustion engine two-wheelers,? Gill said. The would open up a big segment comprising students who can help in creating awareness and popularisation of EVs.

"2019 will be a critical year as it will test the adoption curve across various electric mobility ecosystems. In terms of policy support, we feel that another two or three years of the FAME scheme will be essential to ensure a long-term sustained growth for EVs in the Indi