A majority of stocks held by him were powered by huge buying sentiments today even during the time benchmark indices crashed on opening bell. 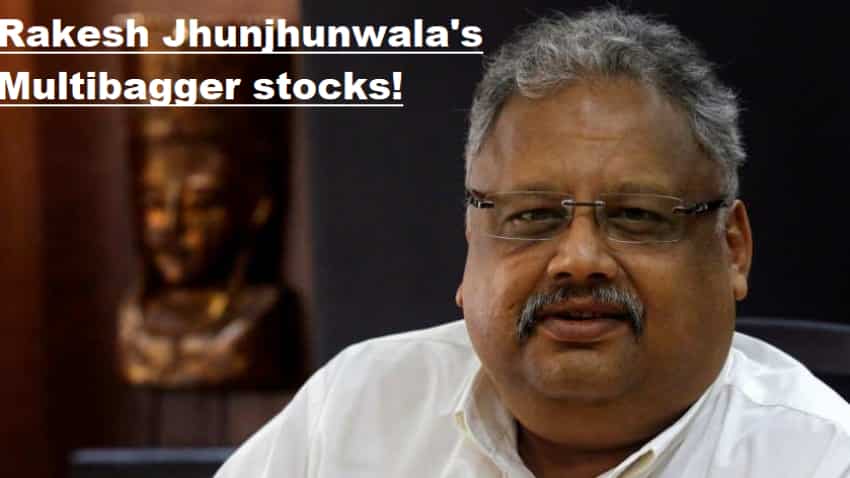 The big bull of Dalal Street currently, has love for some 32 stocks, but today about 16 of his stocks gained massively, ranging between 3% to 16%. Photo: Reuters
Written By: Pooja Jaiswar
RELATED NEWS

Assembly election results 2018 was a roller coaster ride in today's trading session that was definitely not for the faint-hearted. Tuesday, which was widely believed would turn out as a black day on  Dalal Street, surprisingly turned out to be very fruitful. The investors ended up richer than before even as most were bracing for a doomsday! In the midst of Assembly Elections 2018 held in five states, Sensex and Nifty ignored the fear of BJP not bagging a majority in three top states namely Rajasthan, Madhya Pradesh and Chattisgarh after the recently concluded assembly elections. The counting is happening today and the trends have put Congress ahead in all three states. However, in Telangana and Mizoram, the vote count was also being done for these 2 states too, but both the BJP and Congress lost badly.

After a very volatile day of trading, the benchmark Sensex finished at 35,150.01 points, soaring by 190.29 points or 0.54%%, whereas Nifty 50 rose to 10,549.15 points, rising by 60.70 points or 0.58%. So, even as the investor community at large was rejoicing at a tremendously gainful day, ace investor Rakesh Jhunjhunwala was the one who made massive gains from his investments. A majority of stocks held by him were powered by huge buying sentiments today even during the time benchmark indices crashed on opening bell. Yes, it has made him richer than ever before.

The big bull of Dalal Street currently, has love for some 32 stocks, but today about 16 of his stocks gained massively, ranging between 3% to 16%.

And which stocks are these?

Two stocks namely Bilcare and Autoline Industries saw massive buying as today they gained as much as 13.23% and 16.33%  - previous trading price compared with today's intraday highs.

Although Jhunjhunwala has very low investment in the above mentioned stocks, yet the gains do not stop him form adding to his wealth big time! The ace investor holds about 8.48% in Bilcare, with holdings worth Rs 6 crore and he has about 8.34% stake in Autoline, with shares worth Rs 8.6 crore.

Going ahead, there were four stocks under Jhunjhunwala's ambit that gained between 5% to 10%. These stocks were DB Realty, which surged by 8.90% so far, followed by Prakash Industries rising by 6.75%, Dewan Housing Finance Limited (DHFL) by 6.68% and Prozone Intu Properties by 6.21%.

A key point to note is that DHFL is among Jhunjhunwala's favorite stocks. Even when NBFC industry was witnessing a bear market between September to November, 2018, Jhunjhunwala was quite optimistic on this sector overall and especially on the stocks that he holds. In DHFL, Jhunjhunwala has 3.19% stake where his overall portfolio in the company is worth Rs 198.2 crore.

Finally, the most favorite stock of Jhunjhunwala, which is Titan, was not faraway in giving good returns to the investor.

Hence, it was one good trading session for the 'Warren Buffett of India', as his holdings added massive amounts of money to his wealth.

Notably, if you have invested in the above mentioned stocks, then not just Rakesh Jhunjhunwala, you too have become richer as well!