Property developers and consultants expect housing sales to remain subdued in the first half of 2019 due to the continuing NBFC liquidity crisis and upcoming general elections. 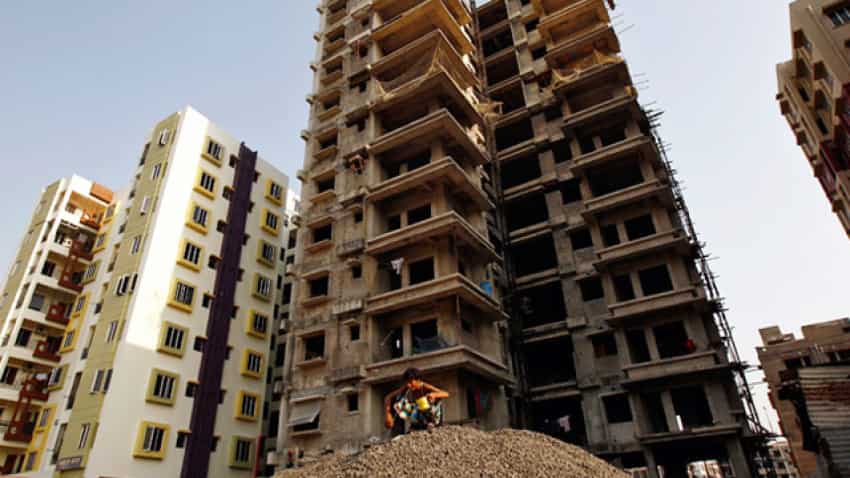 Still, the revival has been significant, coming after triple shocks of demonetisation, tighter regulations and the GST rollout. Reuters
Written By: PTI
RELATED NEWS

New Delhi: Showing signs of recovery, the real estate sector saw almost 50 per cent surge in housing sales in 2018 across major cities on stable rates and demand for affordable flats, but year-end liquidity crisis dashed hopes of a strong growth while homebuyers remained a worried lot over delayed delivery.

Still, the revival has been significant, coming after triple shocks of demonetisation, tighter regulations and the GST rollout.

Property developers and consultants expect housing sales to remain subdued in the first half of 2019 due to the continuing NBFC liquidity crisis and upcoming general elections.

However, sales may surge in the second half if a proposal to cut GST rate on under-construction flats from the current 12 per cent gets approved and liquidity situation improves among NBFCs (non-banking finance companies), which have been funding the real estate sector heavily.

Affordable housing became the new buzzword, helping residential segment to slightly recover from its lows in 2017 when it was hit hard by the note ban in November 2016 and two new laws, RERA and the GST, implemented in May and July 2017, respectively.

According to JLL India, housing sales in 2018 is estimated to have risen 47 per cent in seven cities, although on a lower base. ANAROCK data showed 16 per cent rise in 7 cities, while PropTiger reported 25 per cent rise in nine cities.

Ready-to-move-in flats were in greater demand due to low risk and no GST (Goods and Services Tax). The apartment prices were stable and may remain flat next year, even if demand improves, because of oversupply.

The implementation of Real Estate (Regulation & Development) Act (RERA), which seeks to bring transparency in the sector, progressed albeit at a slow pace, with more than 20 tribunals operational and about 35,000 real estate projects registered so far.

The pain continued for lakhs of home buyers who bought flats in the projects of defaulting developers such as Amrapali, Jaypee group and Unitech. Efforts by courts and the National Company Law Tribunal (NCLT) to provide relief to stuck customers remained inconclusive, although the new year resolution hopes are bright in some cases.

Unlike housing segment, the commercial real estate sector continued to perform better even during 2018 with buoyant leasing and investment in office, retail and logistic/warehousing assets.
As per JLL India, net leasing of office space rose 16 per cent to 33.3 million sq ft this year.

What affordable housing was for residential segment, co-working proved to be for the office market as corporates joined the usual start-up clients in showing interest in taking space in these centres. Shared office space contribution crossed 10 per cent of the overall office leasing in 2018.

The Real Estate Investment Trust (REITs), an instrument to boost investment in rent-yielding commercial assets, failed to gain traction yet again. Blackstone-Embassy did approach capital market regulator SEBI to launch India's first REIT, but it may hit market only in 2019.

Mumbai-based Lodha's planned Initial Public Offer also could not be launched due to the stock market volatility.

Industry body CREDAI's President Jaxay Shah said the sector rose like a phoenix from ashes in 2018, with the entire ecosystem proving to be the perfect example of sheer resilience in the face of critical policy reforms and pressing financial and administrative roadblocks.

NAREDCO President Niranjan Hiranandani said the early quarters of 2018 saw signs of recovery after settling of a Tsunami effect, but the year-end liquidity crisis choked up funding funnel and left the sector completely dried up.

He sought tough steps from the government to "conjure up fund requirements and ensure the sector is back on track."

ANAROCK Chairman Anuj Puri said 2018 was "a veritable roller-coaster ride" for the real estate, as despite signs of recovery across segments, the liquidity crunch put all industry stakeholders on tenterhooks.

With a largely stable policy environment, he expects stronger housing market recovery in 2019.

JLL India CEO Ramesh Nair said it has been a rewarding year for Indian real estate, but it was a result of the turbulent two-year period from 2016 to 2017 when reforms such as the RERA, demonetisation and GST came into effect and the industry remained cautious in adopting these reforms and recalibrating business models.

With the government's recent proposal to rationalise GST in housing, Nair said the demand for under-construction flats could rise in 2019.

Cushman & Wakefield India MD Anshul Jain said the housing sector showed positive signs with uptick in sales, but liquidity crisis was threatening to negate the gains made during the year.

Dhruv Agarwala, CEO of three portals PropTiger, Housing and Makaan, said unsold housing units has come down in nine cities by 14 per cent on higher sales, even as festive season did not bring much cheer due to the liquidity crisis.