Foreign investors' portfolio investments have long been known as 'hot money' that comes in fast but can go out even faster and it is the outward journey that seems to be the underlying theme for the Indian capital markets as 2018 draws to a close, with net outflows nearing the Rs 1 lakh crore mark. 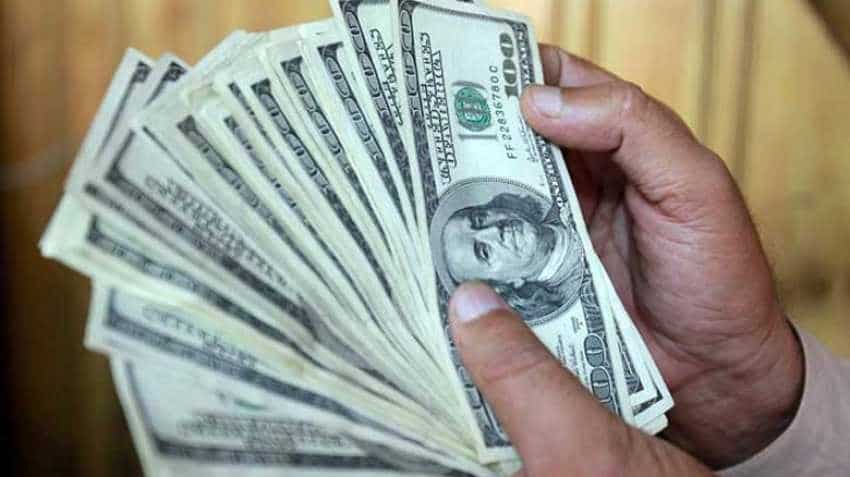 Analysts warn the trend may continue in the wake of negative sentiments about possible changes in the regulatory framework after the sudden exit of the RBI governor and the emerging political scenario. Image source: Reuters
Written By: PTI
RELATED NEWS

Foreign investors' portfolio investments have long been known as 'hot money' that comes in fast but can go out even faster and it is the outward journey that seems to be the underlying theme for the Indian capital markets as 2018 draws to a close, with net outflows nearing the Rs 1 lakh crore mark.

This could make 2018 the worst year in terms of foreign portfolio investments in the Indian capital markets and follows a record net inflow of about Rs 2 lakh crore into equities and debt securities in 2017, as per data available with the depositories and exchanges. As of now, the foreign portfolio investors (FPIs) have made a net withdrawal of about Rs 87,000 crore from the Indian markets with about a fortnight of trading remaining.

Analysts warn the trend may continue in the wake of negative sentiments about possible changes in the regulatory framework after the sudden exit of the RBI governor and the emerging political scenario. Marketmen feel FPIs have stamped their influence very strongly this year after their stiff resistance to proposed changes in norms for recording beneficiary ownership of their funds forced regulators to have a re-think and eventually change the rules.

FPIs are among the largest shareholders in several listed blue-chips in India, especially in the banking and financial services sectors, while their overall average holding of listed Indian companies is estimated at around 25 per cent.

This is one of the biggest holdings after promoters, who typically own an average of about 60 per cent stake in listed Indian firms and the rest is divided among various domestic institutional investors such as mutual funds, insurers, pension funds and corporates, as also HNIs and small retail investors.

While FPIs have been among top non-promoter shareholders for a long time, their influence has now stated coming into play in a big way and they have been guiding overall market movements by playing the role of bellwether shareholders. The worrying part is the Indian market lost its attractiveness among FPIs in 2018 with debt instruments taking the biggest hit, after remaining a preferred investment avenue in the previous year.

The uncertainty around the political scenario, with general elections scheduled in the first half of 2019, means the volatility may continue in the coming months. The net outflow by FPIs in the debt market is already more than USD 7.6 billion (nearly Rs 52,700 crore) this year, while equities have seen a net outflow of USD 4.6 billion (about Rs 35,000 crore).

The overall net outflow of over Rs 87,700 crore (about USD 12 billion) so far, even if it does not rise further, can make 2018 the worst year for Indian capital markets in terms of overseas investment since 2002, the last year for which segregated FPI data for equity and debt markets are available.

"Rates hikes in the US and the reshuffling of portfolio money across the globe, rupee depreciation and crude rise were all contributors for higher FPI pull out.  "India also lost to emerging markets in terms of foreign money allocation given the lower valuations in other markets beginning of 2018. "Added to this, the uncertainty on the domestic political front, ahead of an election year, may also have contributed to FPIs staying on the sidelines," said Vidya Bala, head of mutual fund research at FundsIndia.Com.

"On the global front, escalating trade war between the US and China has caused a widespread uncertainty in emerging markets," he added. Going into 2019, Srivastava said the flows would be range-bound as FPIs may continue with a cautious stance until there are concrete signs of economic recovery and certainty over the formation of a stable government in the general elections.

"Valuation is also another concern. India is among the better performing markets in recent times as well as over 3 and 5 year period. Therefore, valuations of Indian stock markets are on the expensive side.

"This is also a good enough reason for FPIs to look at other comparable options available at attractive valuations and at a similar risk level," he added.  Balan said FPIs are likely to keenly watch the election results next year and decide which sectors to enter and until then they might prefer to stay defensive with sectors such as IT and FMCG.

For the debt market, FPIs made a net withdrawal of over Rs 43,600 crore in 2016, but it turned around in a big way in 2017 with a net inflow of Rs 1.5 lakh crore. Even in 2018, FPIs begun on a positive note by pumping in money, but the trend got reversed soon amid weak global cues and introduction of long-term capital gains tax on equity investments. After a brief recovery in March, the sell-off has continued for most part of the year.