The government will take up Rs 50,000-crore projects to decongest Delhi that is battling with the twin problems of air and water pollution, Union Minister Nitin Gadkari said Saturday. 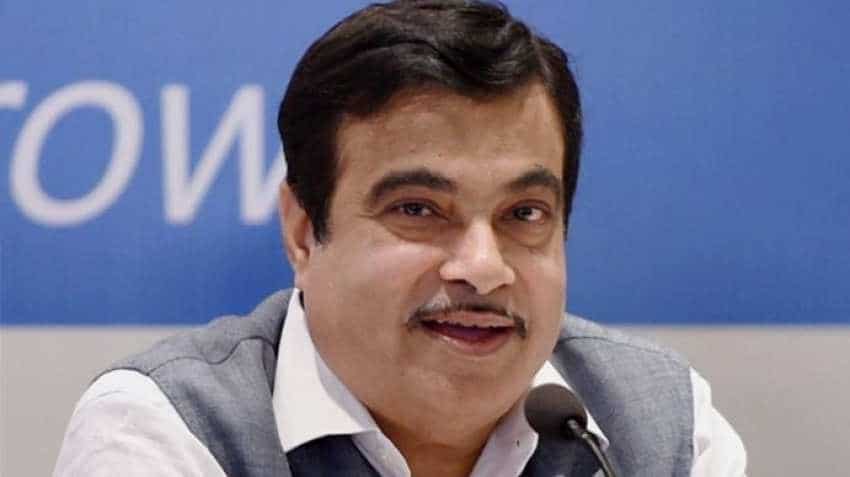 Nitin Gadkari said that the work on Delhi-Meerut Expressway will be completed by March 2019. Image source: PTI

The government will take up Rs 50,000-crore projects to decongest Delhi that is battling with the twin problems of air and water pollution, Union Minister Nitin Gadkari said Saturday. Road Transport and Highways Minister Gadkari was addressing an event here after laying the foundation stone for a Rs 2,820-crore highway corridor project that will link Akshardham to the Eastern Peripheral Expressway (EPE) junction on Baghpat road.

"Delhi is facing problem of air and water pollution. There are frequent traffic jams. We have taken a decision to start work on Rs 50,000 crore highway projects to decongest it," Gadkari said. He said the foundation stone for Dwarka Expressway, to be built at a cost of Rs 10,000 crore, will be laid next week and time has been sought from Prime Minister Narendra Modi for this.

The minister announced that the work on Delhi-Meerut Expressway will be completed by March, and April onwards, people can reach Meerut from Delhi in 40 minutes instead of the current 3.5 hours. Listing various projects for Delhi, the minister also said a new ring road Urban Extension Road (UER) will be constructed at a cost of Rs 4,000 crore.

He said that the pollution level has reduced significantly in Delhi after several projects including the Eastern Peripheral Expressway. The high-speed signal-free 31.3-km corridor from Akshardham to Saharanpur bypass, for which foundation stone was laid on Saturday, is expected to contribute to decongestion and considerable reduction in pollution levels in Delhi-NCR.

The six-lane access controlled corridor will connect Akshardham in east Delhi to the Eastern Peripheral Expressway junction on Baghpat Road. The alignment of the road will be from the Akshardham-Geeta Colony-Shastri Park-Khazuri Khas-Delhi/UP border-Mandola-EPE Intersection.

It will be developed in two packages -- first a 14.75 km stretch from Akshardham to Delhi/UP border and the other 16.57 km stretch from Delhi/UP border to EPE Intersection. There will be a 19-km elevated section. "The estimated cost of the project is Rs 2,820 crore. The project includes construction of 3+3 lane service roads on either side of the highway, eight new underpasses, seven ramps connecting major roads, 15 major junctions, 34 minor junctions, and over-bridges at Delhi-Shahdara, New Delhi-Anand Vihar railway lines and Dilshad Garden-ISBT Metro Line," the government said earlier this week.