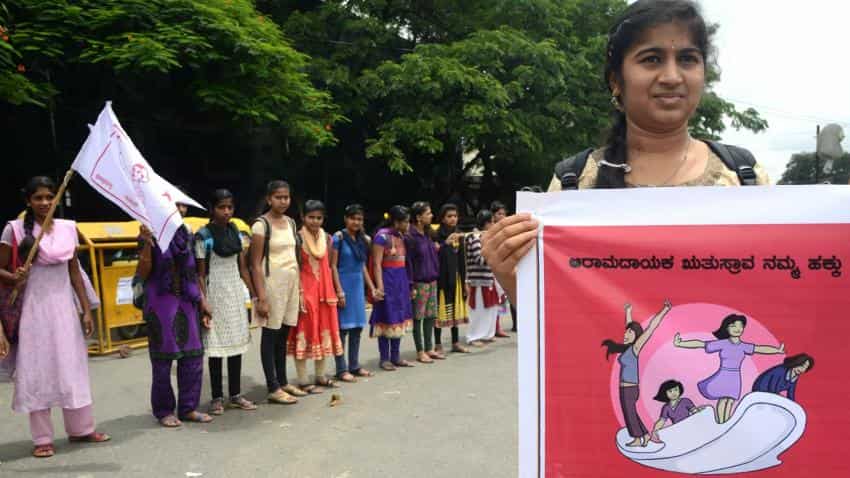 The Delhi High Court on Wednesday questioned the central government`s decision to impose 12 per cent tax on sanitary napkins under the GST regime, saying it has exempted "bindi, kajal, sindoor" which seem more essential than sanitary napkins.

The court said the government needs to look towards reducing GST on sanitary napkins as it has done recently for many products.

During the hearing, the court asked the Centre whether it had discussed with the Ministry of Women and Child Development before imposing 12 per cent tax on sanitary napkins.

The court also asked whether the price of sanitary napkins has been increased after GST.

Responding to the court`s query, counsel for the Goods and Services Tax Council told the court that if GST on sanitary napkins is reduced, it would apply even for the raw material involved, which will increase the input tax credit due to addition of financial cost in form of interest burden, hence put local manufacturers at a disadvantage in comparison with importers.

The Council also said that the basis of arriving at tax rates takes into account not only the use of the goods and services but also their pre-GST tax incidence and mode of production.

Seeking dismissal of the plea, the GST Council said that to treat sanitary napkins as a separate set would be arbitrary and discriminatory.

"The levy on sanitary pads, like others levies, enhance reserves, which in turn facilitate provision of various educational and medical facilities which facilitate effective exercise of reproductive rights by enabling the state to marshal its resources," it added.

The affidavit was filed on a petition by Zarmina Israr Khan, PhD scholar in African studies at the Jawaharlal Nehru University here, contending that discriminatory and illegal treatment was being meted out to women by an "unconstitutional and illegal imposition of 12 per cent tax" on sanitary napkins.

The GST, which came into force across the country on July 1, is a unified indirect tax system on various goods and services.

Khan`s lawyer Amit George told the bench that 12 per cent tax makes no distinction between high and low-cost sanitary napkins.

The petitioner pleaded for nil tax, or a reduced one, pointing out that there are certain items exempted under the GST system so as not to burden consumers, including "makeup items, plastic and glass bangles, hearing aids, bags, and material used in religious rituals, and contraceptives".

The petitioner said there were an estimated 355 million menstruating women in India, with a vast majority still facing significant barriers to a comfortable and dignified experience with menstrual hygiene management.

"It is estimated that approximately 88 per cent of menstruating women in India have no access to sanitary napkins... the root cause of approximately 70 per cent of all reproductive diseases in India is poor menstrual hygiene," the petition noted.

The court posted the matter for December 14 for further hearing.