Have uninsured car? Here is a big setback for owners 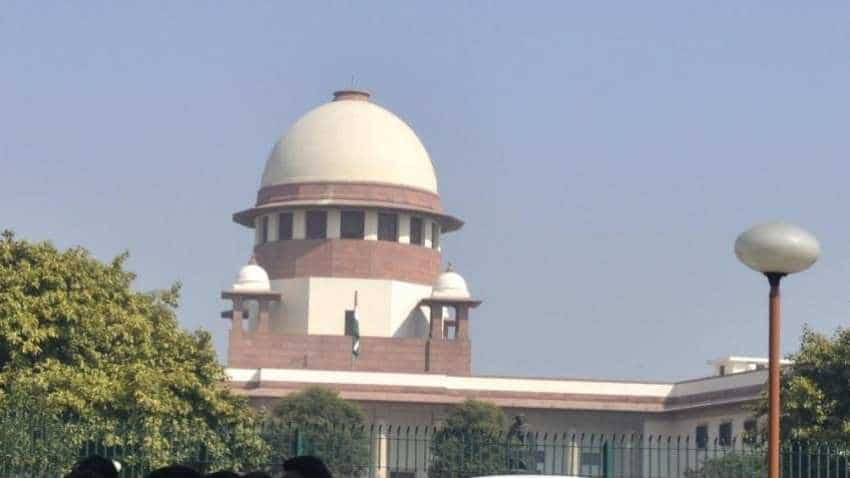 The Supreme Court Thursday directed all states to frame rules to allow selling of uninsured vehicles involved in accidents to pay compensation to the victims. Image source: IANS
Written By: PTI
RELATED NEWS

The top court directed that the rules should be framed within 12 weeks by all the states in accordance with those currently in force in Delhi.

If the rules currently existing in Delhi are enforced across the country, then it would make driving of uninsured vehicle difficult as owners would run the risk of seizure of vehicle in case of accident and being sold to pay the compensation for the victim.

Seven states -- Jammu and Kashmir, Chattisgarh, Bihar, Punjab, Jharkhand, Puducherry and Lakshdeep -- told the apex court that they have initiated the process of incorporating such rules.

Haryana said it has a similar rule, while Madhya Pradesh has raised certain objections to the rules for compensation. Delhi informed that it already has such rules in place.

A bench of Chief Justice Dipak Misra and Justice D Y Chandrachud said that the magistrate having jurisdiction over the area in which accident takes place will not release the uninsured vehicle to the owner, and instead auction it and deposit the money with the Motor Vehicle Claims Tribunal (MACT) within 15 days.

It said that the amount realised after sale of vehicle shall be released by MACT to the victim while awarding the compensation.

During the hearing, advocate Radhika Gautam appearing for the petitioner Usha Devi -- who had challenged the order of the Punjab and Haryana High Court refusing to implead Punjab as party in an accident claim case -- said that 10 states have filed their response.

The bench said that all states should comply with the earlier direction and incorporate rules like the one currently in force in Delhi, within 12 weeks.

Section 6 of the Delhi Motor Accidents Claim Tribunal Rules, 2008 deals with prohibition against release of motor vehicle involved in accident.

Section 6 (1) says that no court shall release an uninsured vehicle involved in an accident resulting in death or bodily injury or damage to property unless and until the registered owner furnishes sufficient security to the satisfaction of the court to pay compensation that may be awarded in a claim case arising out of such accident.

Section 6 (2) says that when the motor vehicle is not insured against third party risks, it shall be sold off in public auction by the magistrate having jurisdiction over the area where accident occurred on expiry of three months of the vehicle being taken in possession by the police officer, and proceeds shall be deposited with the Claims Tribunal, within fifteen days for purpose of the compensation to be paid in a claim case arising out of such accident.

Gautam said states have obligation to see that no uninsured motor vehicle is driven on road by virtue of the provisions of Section 196 of the Motor Vehicles Act and they ought to pay the amount and recover it from the owner.

She referred to an eight-year-old verdict of the apex court in which various aspects including compensation were dealt with. She suggested that a comprehensive and unified statute was needed to deal with the accidents so that the families of the helpless victims do not suffer on account of the fact that the vehicle is not insured.

Referring to the 2010 verdict, she said the top court had stated that where there is no insurance cover for a vehicle, the owner should be directed to pay security or deposit an amount, payable as compensation to the victim, as a condition precedent for release of the seized vehicle.

Attorney General K K Venugopal, appearing for Centre had earlier said that in the absence of any law, the State cannot be held liable under the Motor Vehicle Act.

He had said that there can be no doubt that the State cannot be held liable because of non-compliance by the owner of vehicle, who has failed to insure the vehicle and he is liable to face a criminal action.

Venugopal had said that the 2010 verdict of the apex court is a some kind of solace to the victims but for the said purpose, proper rules are required to be framed.

The apex court had on March 26, said that in 2010 though directions were issued to all state governments to incorporate such a rule but it appears that no steps have been taken so far.

The court had then directed the copy of the order to be sent to Chief Secretaries, Director Generals of Police of all he states and Registrar Generals of all the High Courts to see that such a rule is introduced if already not done, so that the victims of an accident get some compensation.

Petitioner Usha Devi, a resident of Barnala in Punjab has challenged the high court order by which it had refused to implead state as party for payment of compensation and later recovering by selling the vehicle.

Devi's husband while travelling on January 21, 2015 had died in a road accident at Barnala district with an uninsured vehicle and she was grievously injured.