Jaitley said the successive governments have contributed towards the GST and no one person can take credit for it. 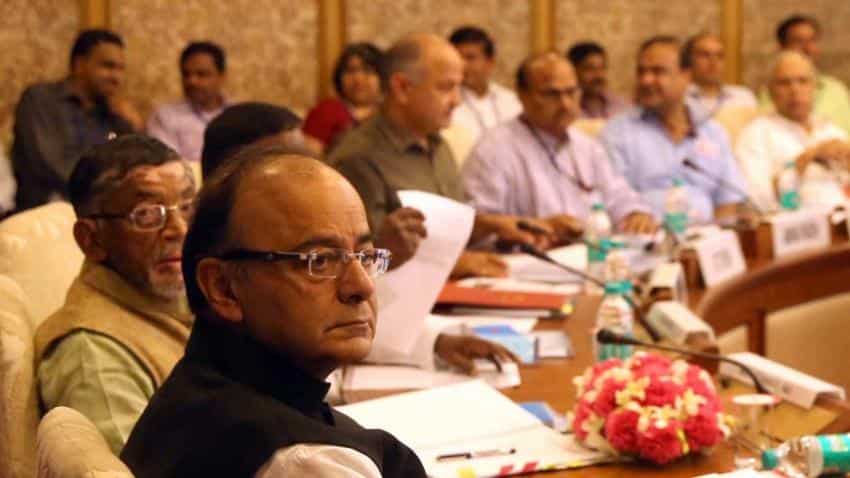 The Lok Sabha had passed these bills on March 29. Photo: IANS
Written By: PTI
RELATED NEWS

Parliament today passed four legislations to pave the way for roll out of the historic Goods and Services Tax (GST) from the target date of July 1.

All the states will now have to pass the States GST Bill after which the new indirect tax regime can be rolled out.

Replying to about 8-hour-long debate, Finance Minister Arun Jaitley insisted that the GST, which will usher in a uniform indirect tax regime in the country, will not lead to inflation as apprehended by some sections.

The rates are to be discussed by the GST Council on May 18-19. Jaitley said once the new regime is implemented, the harassment of businesses by different authorities will end and India will be have one rate for one commodity throughout the country.

The powerful GST Council, comprising Centre and states, has recommended a four-tier tax structure -- 5, 12, 18 and 28 per cent. On top of the highest slab, a cess will be imposed on luxury and demerit goods to compensate the states for revenue loss in the first five years of GST implementation.

Jaitley said the successive governments have contributed towards the GST and no one person can take credit for it.

"This Bill, I have no hesitation in conceding, is a collective property," he said. With implementation of the GST, revenue of the Centre, the states and the industry and trade must benefit, he added.

Ind vs Aus Test: Thriller on the cards as visitors need 324 to win on final day