GST refunds authority 2019: Expect the GST refunds process to become faster and simpler than past, soon. 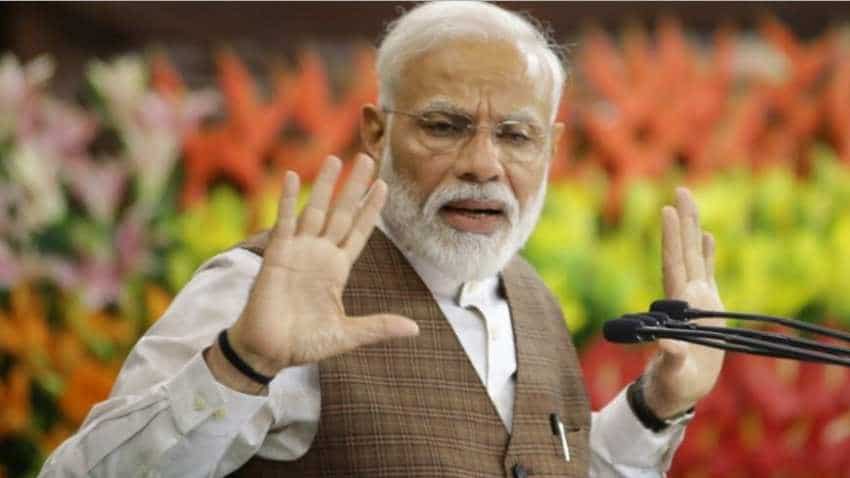 Prime Minister Narendra Modi addresses during NDA Parliamentary Board meeting at the Central Hall of Parliament, in New Delhi on May 25, 2019. (Photo: IANS)

GST refunds authority 2019: Expect the GST refunds process to become faster and simpler than past, soon. News agency PTI reports that a single authority for sanctioning and processing GST refunds is in the offing as the Finance Ministry looks to speed up and simplify the process for exporters. If the authority is set up, getting GST refunds would become hassle-free and faster than it was in the last few years. The current mechanism entails a twin refund sanctioning authority of the central and state tax officers but that could well change by August when the proposed new structure involving a single authority comes in place.

As per the system being worked out by the Revenue Department, the taxpayer will get full refund from his jurisdictional officer once the claim is sanctioned, while at the back-end the Centre and states will apportion the amount to be paid to each other. Currently, once a taxpayer files refund claim with the jurisdictional tax authority, say the central tax officer, then he would clear 50 per cent of the claims, and the remaining is cleared by the state tax officers after further scrutiny.

A similar system is followed when a taxpayer approaches the state tax officers for Goods and Services Tax (GST) refunds. Thus, the time taken to clear the entire refund amount gets longer, leading to liquidity crunch for exporters -- an issue that the proposed single mechanism for refund clearing intends to fix. Under the proposed 'single authority mechanism', once a refund claim is filed with a tax officer, whether Centre or state, the officer will check, assess and sanction full tax refund (both Central GST and State GST portion), thereby removing difficulties faced by the taxpayers. This will later get adjusted/settled amongst the two tax authorities through internal account adjustments.

Currently, the two authorities settling the same refund claims adds to unnecessary complexities and inconvenience for the taxpayers. It has been seen that even after sanction/payment of refund by concerned jurisdictional tax officer, the counterpart tax authority at times tends to delay the GST refund.

As per the formula for division of GST assessees decided by the GST Council, state tax officials administer and control 90 per cent of the assessees below Rs 1.5 crore annual turnover, and the remaining 10 per cent is with the central tax officers.

The Centre and states share control of those assessees with annual turnover of over Rs 1.5 crore in 50:50 ratio.

Commenting on the move, AMRG & Associates Partner Rajat Mohan said: "A single window tax refund in a federal, democratic economy would be a massive jump in ease of doing business. Inter government tax adjustments have to be done on month-on-month basis to avert any possibility of temporary revenue deficit to a particular government."

Currently,  under the GST regime, there is a standardised form for making any claim for refunds. The claim and sanctioning procedure is completely online.

As per the GST rules, a claim for refund may arise on account of -

1. Export of Goods or services
2. Supplies to SEZs units and developers
3. Deemed Export supplies
4. Refund of taxes on purchase made by UN or
embassies etc
5. Refund arising on account of judgment, decree, order
or direction of the Appellate Authority, Appellate
Tribunal or any court
6. Refund of accumulated Input Tax Credit on account
of inverted duty structure
7. Finalisation of provisional assessment
8. Refund of pre-deposit
9. Excess payment due to mistake
10. Refunds to International tourists of GST paid on
goods in India and carried abroad at the time of their
departure from India
11. Refund on account of issuance of refund vouchers
for taxes paid on advances against which goods or
services have not been supplied
12. Refund of CGST & SGST paid by treating the supply as intra-State supply which is subsequently
held as inter-State supply and vice versa.