The below-par goods and services tax (GST) revenue collection reported by the government for the first six months of the current fiscal may put its carefully calculated fiscal math at risk. 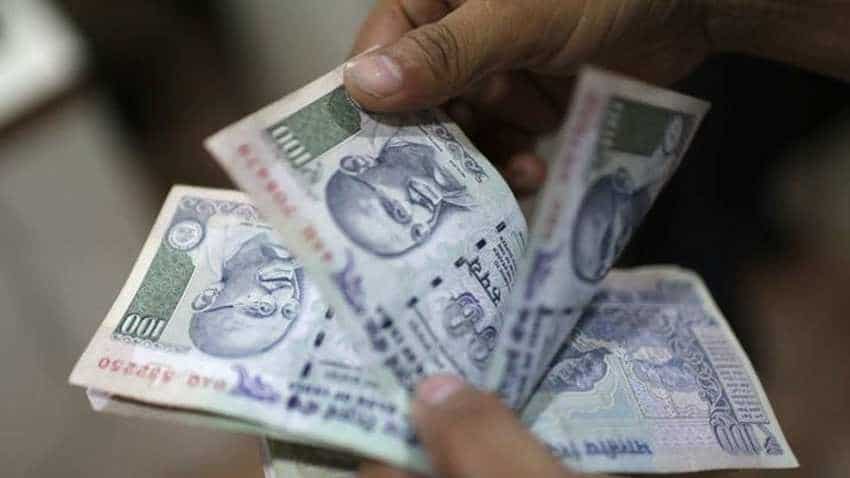 The total gross GST revenue collected in September was Rs 94,442 crore and the total during the April to September period was Rs 577,970 crore. Image Source: Reuters

The below-par goods and services tax (GST) revenue collection reported by the government for the first six months of the current fiscal may put its carefully calculated fiscal math at risk. The total gross GST revenue collected in September was Rs 94,442 crore and the total during the April to September period was Rs 577,970 crore. When compared with the target of Rs one lakh crore in GST revenue each month, it becomes clear that the shortfall in the first six months in gross revenue is over Rs 22,000 crore. Of course, the government expects some of the shortfall to be made up through higher purchases during the festive season which commences this month. And it has also reiterated that the fiscal deficit target and other milestones for this fiscal (FY19) would be adhered to. But analysts continue to be concerned over the country's fiscal health.

Analysts at brokerage firm IIFL said in a note that GST collections have been weaker than budgeted in the first half of this fiscal, and excluding cess they averaged Rs 88,300 crore per month against the required rate of Rs 100,000 crore.

"While both central and state GST collections are below par, the shortfall is significantly higher for the union government. Also, given the current market conditions, it would be challenging to meet the target of non-debt capital receipts of Rs 92,200 crore. Reducing revenue expenditure would be difficult as fuel subsidy burden is expected to be higher than the budget estimates and curbs on capital expenditure would have a modest impact on the overall spending, which accounts for only about 12% of overall expenditure. Although the government has cut its borrowing plan by Rs 70,000 crore recently, it may need to revise this up sharply if the deficit is higher than estimates," IIFL analysts said.

Further, analysts believe that higher government borrowings may be needed, perhaps closer to the end of the current fiscal year.

But while briefing the media after the latest meeting of the GST Council last week, finance minister Arun Jaitley spoke of the positive trends seen in GST collections this fiscal and also reiterated the government's commitment to remain committed towards the fiscal target. He did not speak of the annual gross GST revenue target for the current fiscal.

Jaitley spoke of the encouraging trend in the deficit in revenue earned by states, which the Centre has to neutralise to zero by the fifth year. This has fallen from 16% in 2017-18 to 13% this year and could be lower still by the fiscal end. He counted out states where revenue was higher than anticipated: Mizoram, Arunachal, Nagaland, Sikkim and Andhra Pradesh. Then, states, where the revenue collection has been marginally lower, are Telangana, Maharashtra, UP, TN, Assam, WB and Rajasthan. Those where the revenue collection has been slightly higher than the target were Gujarat, Haryana, Meghalaya, MP, Jharkhand, Kerala, Tripura and Delhi.

So why has there been a month on month shortfall in overall gross GST revenues? Sachin Menon, partner and national head (indirect tax) at KPMG, said that the shortfall can be attributed to multiple reasons such as a series of reductions in GST rates on several goods/services, especially the pruning of the list of articles attracting the 28% rate, lack of compliance by taxpayers, carried forward input credits etc. "The gap between the number of GST registered taxpayers and GST returns filed could be the testimony of non-compliance by taxpayers," he said.

Jaitley mentioned in his briefing that the number of taxpayers registered for GST has increased from 74,61,214 in July 2017 to 94,70,281 in July this year and also spoke of improving tax compliance under the GST regime.

But despite the good news from rising collections in some states and increasing compliance, a negative impact on the fiscal situation due to lower than expected overall GST revenues can still not be ruled out. Bipin Sapra, partner (indirect tax) at EY told DNA Money that "any shortfall in revenues, coupled with the pressure to reduce customs and VAT on petroleum products will further strain the fiscal situation. While expenditure cuts do remain a strong measure to maintain fiscal discipline, better monitoring of GST revenues and a simpler compliance mechanism will augment revenues."

The government's target this fiscal is to reduce the deficit to 3.3% of GDP from 3.53% in the last fiscal. This translates to a fiscal deficit target of Rs 6.24 lakh crore in the current year.