The Ministry of Labour and Employment has envisaged to concise over 44 labour laws into four broad codes in wages, industrial relations, social security, and occupational safety, health and working conditions. 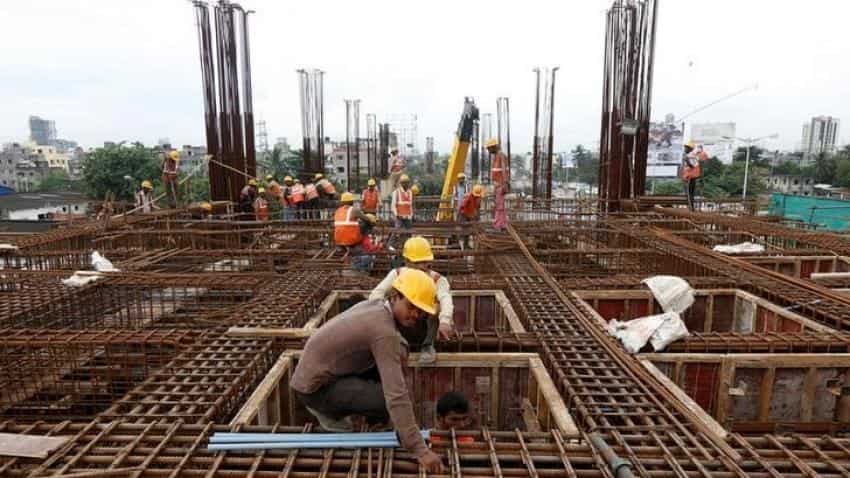 The government is likely to get at least two codes on wages as well as industrial relations passed by Parliament. Image source: Reuters
RELATED NEWS

Get paid for even 15 minutes overtime under this proposed 'law'

General elections being just over one year away notwithstanding, the government is not looking at slowing down on labour reforms in 2018 and is likely to get at least two codes on wages as well as industrial relations passed by Parliament.

The Ministry of Labour and Employment has envisaged to concise over 44 labour laws into four broad codes in wages, industrial relations, social security, and occupational safety, health and working conditions.

Labour Secretary M Sathiyavathy expressed the ministry's intent to push all four codes for passage in Parliament next year. "Government is not going slow on labour reforms. All four codes would be pushed in 2018," she said.

The codification of the labour laws will remove the multiplicity of definitions and authorities leading to ease of compliance without compromising wage security and social security to workers.

Similarly, Code on Industrial Relations Bill has been finalised by a group of ministers headed by Finance Minister Arun Jaitley and is likely to be approved soon for putting it before Union Cabinet so that it could be pushed for passage in Parliament next year.

The Trade Unions Act, 1926, the Industrial Employment (Standing Orders) Act, 1946, and the Industrial Disputes Act, 1947, would be combined into the code on industrial relations.

The unions had objected the proposed amendment in the bill to allow units with up to 300 workers to retrench, lay off or close down without the permission of the government.

Presently, all units with up to 100 workers can retrench, lay off or close down without the government's permission. The government is most likely to keep this provision in the new code.

Therefore, the codification of industrial relation laws would not allow businesses to hire and fire abruptly.

Similarly, another proposal to increase severance pay for retrenched workers may not be part of the bill as it would be seen as an anti-industry move.

It was proposed to increase the severance pay to 45 days? salary for each completed year of service, from 15 days provided at present.

The drafts of the other two codes, social security, and occupational safety, health and working conditions, would be finalised for Union Cabinet approval after deliberations on it through a tripartite mechanism.

The sources say that the government has tried to allay apprehensions of central trade unions during a discussion on new social security code but workers representatives are opposing it.

"Through our comments in general, we have opposed the proposal of merger of Employees Provident & Miscellaneous Provisions Act and Employees State Insurance Corporation Act as EPF & EPS schemes and ESI scheme functioning under these two Acts have been rendering satisfactory service to their members for the last 60 years,? All India Trade Union Congress had said in a letter to the labour secretary.

The union had also opposed the other proposal under the code for coverage of unorganised workers with and without identifiable employer, a separate social security organisation be set up for providing social security to them and a token contribution be charged from them while the major part of the contribution should be made by the government.

Unions were also against the proposal of forming a National Social Security Council with the prime minister as chairman, which shall control and regulate all the social security schemes to be implemented in the country.

The code also propose to hand over operation of social security schemes to state governments.

A source said that the codes on social security and occupational safety, health and working conditions may take a bit longer and may not be able to get Parliament's approval next year.

Besides these codes, a bill to amend Contract Labour Act will also be pushed for passage in Parliament next year. The bill seeks to distinguish between contract labour and work labour.

The contract labour are workers which work for the organisations provided by contractors whereas the work labour work to completion of certain task like one-time repair of factory or office buildings.

Besides, the law would also provide for registration of labour contractors with states as well as central governments. At present, the contractors have to seek permission of centre and states for every contract to provide workers.

This will also help centre and state governments to monitor these contractors and would be able to blacklist defaulters and offenders.

Besides, the bill would also enable the central government to enhance paid maternity leave by executive order. At present, it is 12 weeks under the Act. The Maternity Benefit (Amendment) Act, 2017 has enhanced the maximum maternity leave from 12 weeks to 26 weeks.

Labour Bureau, a wing of the ministry, would also conduct first of its kind survey to gauge employment generation under Mudra scheme of the central government, which is facing charges of job loss after demonetisation last year.

Get paid for even 15 minutes overtime under this proposed 'law'