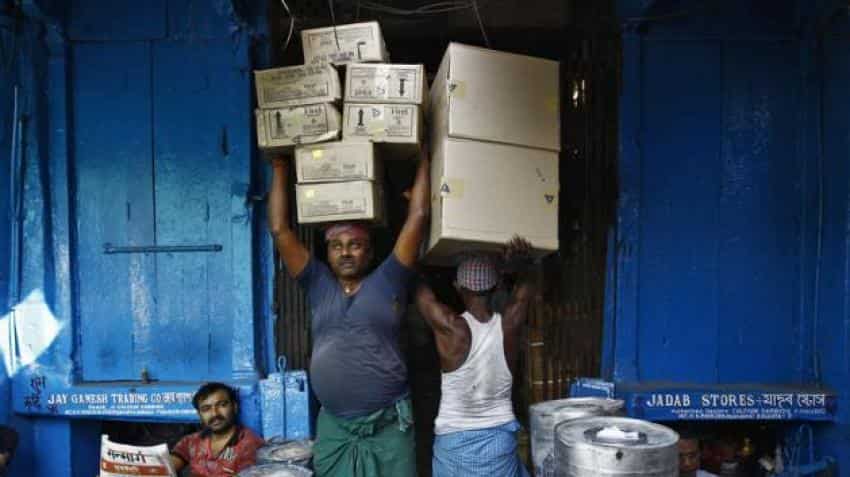 Present indices have base year as 2004-05 which will change to 2011-12. Image Source: Reuters
Written By: PTI
RELATED NEWS

Rupee rises on positive GDP numbers; up 5 paise against dollar in early trade

Government will come out with revised Index of Industrial Production (IIP) and Wholesale Price Index (WPI) indices by the end of this year with a new base year of 2011-12 in order to make them more representative of the changing economic scenario.

As part of the revision, the basket of items and weightage assigned to different entries on the basis of which indices is computed will be updated, he said.

With the new series in place, both the Index of Industrial Production (IIP) and Wholesale Price Index (WPI) will become more comparable with the GDP numbers than it is currently, he said.

The National Statistical Commission has recommended to revise the base year of all economic indices every five years.

In addition to this, the Chief Statistician also informed that the Ministry of Statistics and Programme Implementation (MoSPI) which releases the data of national income (GDP) as well as WPI and Consumer Price Index (CPI) is working on bringing out an index for the services sector.

"There is work is going on. There is a lot of work both on prices and on quantities. But at the moment most of these are experimental," he added.

At present there is no such index for the services sector.

Rupee rises on positive GDP numbers; up 5 paise against dollar in early trade