The effective duty rate would be calculated after deducting the value of the goods and the anti-dumping duty payable when the import price is below USD 504 per tonne, said a Revenue Department notification. 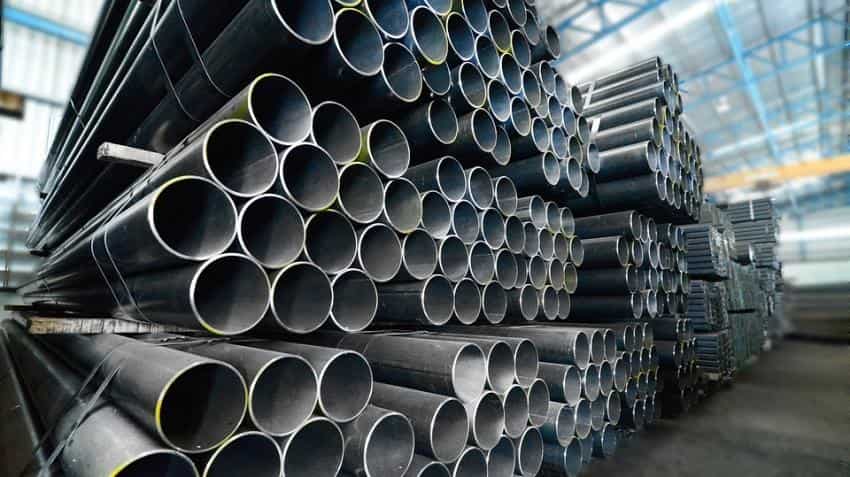 The safeguard duty has been imposed on import of hot rolled flat sheets and plates of alloy or non-alloy steel. Photo: Pixabay
Written By: PTI
RELATED NEWS

The effective duty rate would be calculated after deducting the value of the goods and the anti-dumping duty payable when the import price is below USD 504 per tonne, said a Revenue Department notification.

A "six percent ad valorem minus anti-dumping duty payable, if any, (will be imposed) when imported during the period from November 23, 2018 to May 22, 2019 (both days inclusive) at an import price below USD 504 per ton on CIF basis," it added.

Earlier this month, government had imposed anti-dumping duty on imports of steel wire rods from China for six months.

An anti-dumping duty equivalent to the difference between the landed value of steel products and USD 499 per tonne will be imposed on products exported by Minmetals Yingkou Medium Plate Co Ltd. In case of other producers, the anti-dumping duty would be the difference between the landed value and USD 538 per tonne, a government notification of November 2 had said.

The 'landed value' of imports was defined as the assessable value as determined by the customs and includes all duties of customs.

Anti-dumping measures are taken to ensure fair trade and provide a level-playing field to the domestic industry. They are not a measure to restrict imports or cause an unjustified increase in cost of products.