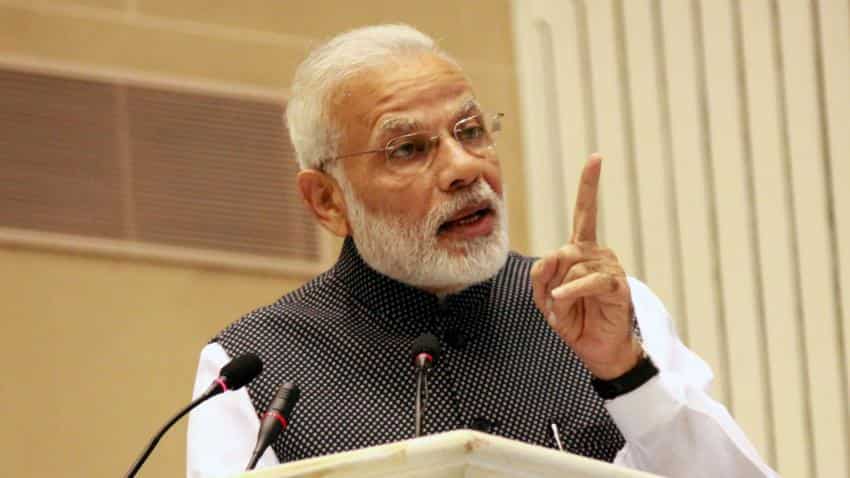 The government is not disappointed with S&P's decision to keep India's rating unchanged as the agency has opted "to play a little cautious", Economic Affairs Secretary Subhash Chandra Garg said.

Talking to reporters, Garg said S&P has said "about every thing which Moody's have also" talked about, like India's structural reforms, growth story, and institutional reforms, including demonetisation.

He said the rating agency has spoken favourably and also estimates that India would grow at 7.6 per cent plus in times to come.

"My sense is that S&P chose to play a little cautious this year, though their assessment also is almost in line with Moody's assessment was and possibly is waiting for some time to upgrade," Garg said.

Another global rating agency, Moody's on November 17 had upgraded India's sovereign rating to Baa2 -- the highest since 1988.

The Garg further said the rating agency probably gave larger weight to fiscal side and "that is why they played a little cautious". He added that the country is going through transition and by next years things would be more clear.

He also said S&P's assessment about state debt does not appear to be "very sound" as states are constrained constitutionally and otherwise not to exceed to the prescribed borrowing limits.

To a query, Garg said: "We are not disappointed but our expectation would be that S&P also takes into account what the government has done."

Commerce and Industry Minister Suresh Prabhu said country's fundamentals have improved after the Modi-led government came to power at the Centre.

He said several reforms have taken place and the focus on digital economy will push the economic growth.

In the coming days, he said the economic growth would further expand and all the rating agencies are accepting this.

Railways Minister Piyush Goyal today said that S&P is a conservative agency and its decision to retain India's rating with stable outlook is a "huge endorsement" of the policies of the Modi government.

"We are extremely happy that S&P has continued to affirm 'BBB-minus' with a long term sovereign rating with stable outlook," Goyal told reporters here.

Commenting on the rating agency, Niti Aayog Vice-Chairman Rajiv Kumar said the bank recapitalisation is going to come with significant governance reform of the banking sector.

"If S&P was up to the task, they would have got to know about this by talking to right people here. And if they have not then it is lack of due diligence on their part, because they would know that this was in pipeline," he said.

Referring to the issue of low per capita income flagged by the rating agency, Principal Economic Advisor in the finance ministry Sanjeev Sanyal said: "Ultimately we think it's unfair because there is nothing we can do for per capita income in the short to medium term."

In the very long term, of course India's per capita income will go up but "we feel that it is neither reflection of our ability nor our willing to pay and that should be taken into account".

SBI Chairman Rajnish Kumar said the S&P rating is not going to make any major impact because already Moody's have upgraded the rating.

"If we look at the overall business environment and extensive reforms, I think rating upgrade was long over due. Moody's did the correction. If S&P didn't do it's their decision," he said.