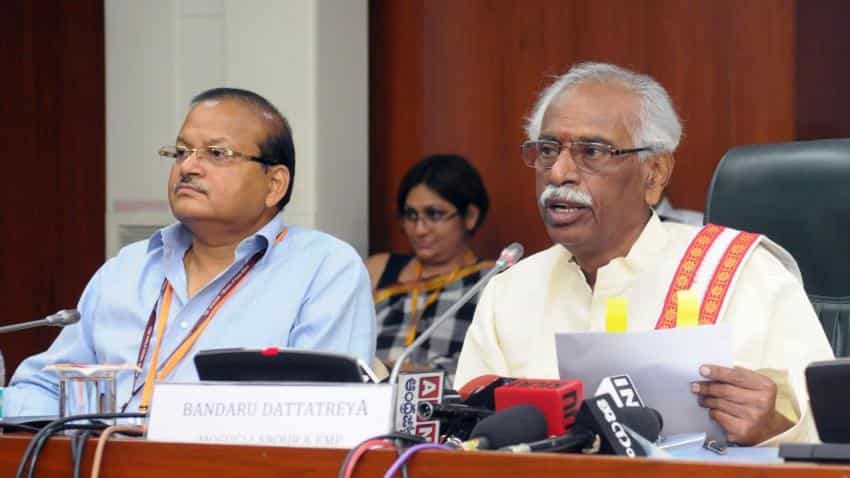 The Labour Ministry is actively considering proposal of a voluntary pension scheme mooted by the Employees' Provident Fund Organisation (EPFO), a senior government official has said.

"We have devised a voluntary pension scheme for individuals where workers can put in money voluntarily which would be managed by EPFO," said, V P Joy, Central Provident Fund Commissioner (CPFC).

The proposal had been sent to the Labour Ministry which is actively considering it, he said adding that the government was keen to formulate such a scheme.

"After the Labour Ministry considers it, it will be then sent to the Finance Ministry for income tax exemption", he told reporters in Kolkata.

Joy said Life Insurance Corporation (LIC) was also running a similar scheme, adding that the voluntary scheme was besides the mandatory pension scheme being run by the EPFO where Rs 15,000 was limit for compulsory credit to the provident fund and the maximum pension amount was Rs 7,500 per month.

"The deduction of Rs 15,000 as compulsory credit is likely to be revised which will again raise the maximum pension limit," he said.

Under the proposed scheme, the employers could also make voluntary contribution if they wanted to for the benefit of the employees, he said.

Unlike the present provident fund (PF) pension scheme, the proposed scheme would have a vesting age of 60 years instead of 58 years, he said.

Joy said that EPFO would start an exercise soon to rank the performance of exempted trusts on various parameters.

"There are nearly 1,000 exempted trusts now. We will start ranking their performances shortly. Of some of them are found to be dismal, their exemptions may be cancelled," he said.

The CPFC also said that pensioners would now have to link their universal account number (UAN) with Aadhaar for getting pension. The EPFO was also taking with 24 public sector banks for disbursal of pension money.

"Linking of Aadhaar to be made mandatory by law. There are 104 crore odd Aadhaar cards issued out of 125 crore total population. So, there will be no problem."

Regarding PF investments, he said only 5% of investable money was being put into equity, which according to him was too small.

"Over time, this percentage of investments in equity will go up", he said.