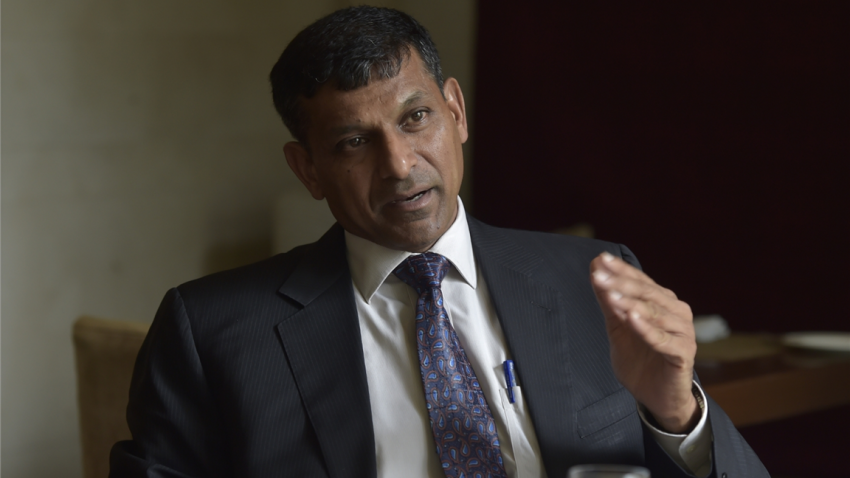 Former RBI Governor Raghuram Rajan during the release of his book "I do what I do" in Chennai on Sept 5, 2017.
Written By: IANS
RELATED NEWS

Mergers can happen between healthy banks and not amongst weak ones and the central government should be careful in this regard, said Reserve Bank of India`s former Governor Raghuram G Rajan said on Tuesday.

Answering a question raised in a function here, Rajan said one has to be careful while merging public sector banks as mergers take time.

"It is better to do mergers when banks are healthy than when they are unhealthy," he added.

Rajan said in case of weak banks, more time has to be spent on cleaning up their balance sheets. The effort needs management capacity to make weak bank`s balance sheets healthy.

According to him, merger of weak banks need not be pursued before bringing in the management capability and capacity and make them healthy. The central government is mulling merger of banks owned by it so as to have big sized banks.

Rajan was here to launch his book titled "I do What I do", published by Harper Business, an imprint of HarperCollins Publishers India. He also interacted with the people at the launch function.

He replied in negative to a query whether RBI should be made an independent body like the Election Commission of India.

"The RBI has to work under the government. There are areas of independence for RBI, in the case of regulations. But RBI cannot work contrary to the government," he said.

On financial inclusion, Rajan said instead of focusing on lending money and bring them under the banking fold, the focus should be on making the people manage their money and then provide them credit.

He said financial inclusion would work in the long run only if it is made profitable for the banks. He said one of the biggest challenges were the cleaning up of the public sector bank balance sheets.

Rajan also added that the bankers are to be protected against inquiries for taking commercial decisions. He said the bankruptcy code is a good reform and care should be taken that big borrowers do not exploit the loop holes and delay the process of debt resolution.

According to Rajan, big borrowers exploited the loop holes in the earlier laws and delayed repayment.

About his relations with the government when the RBI chief, Rajan said that personally he had enjoyed a substantial degree of independence from any interference in his functioning.

"I basically had a fair amount of independence... I worked with two governments. There was no interference in carrying out my agenda. I had a good relationship with both governments... and I kept them informed," he added.

"I managed to carry out the agenda that I had set out in my first speech," he said.

He said during his tenure new banking licences were issued and there was no call from anybody from the two governments to favour a party.

In 2016, however, on completion of his three-year term, Rajan became the first Indian central bank governor since Independence not to have his tenure renewed. A few months before his term finished, Rajan announced that he would be returning to his teaching position in the US at the end of his tenure at the RBI.