The government affirmed its belief in central bank autonomy on Wednesday, calling it "essential" in a bid to calm investors worried by a heated public row with the Reserve Bank of India (RBI). 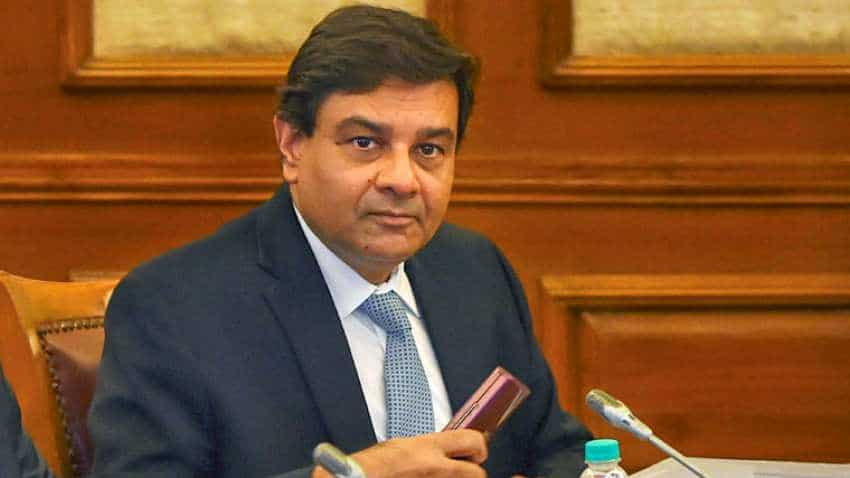 Indian stocks and bonds fell and the rupee weakened earlier in the day amid reports that RBI Governor Urjit Patel may consider resigning given the breakdown in relations. Image source: PTI
Written By: Reuters
RELATED NEWS

The government affirmed its belief in central bank autonomy on Wednesday, calling it "essential" in a bid to calm investors worried by a heated public row with the Reserve Bank of India (RBI). Indian stocks and bonds fell and the rupee weakened earlier in the day amid reports that RBI Governor Urjit Patel may consider resigning given the breakdown in relations. The media reports also said the government had invoked never-before-used powers to issue directions to the central bank governor on matters "of public interest", related to support for the financial sector and small companies.

In a statement issued hours later through the finance ministry, the government said the RBI`s independence was "an essential and accepted governance requirement". The government added that it would continue to carry out extensive consultations with the central bank to give its assessments on issues and suggest possible solutions.

But it was unclear if it had used powers for the first time under the RBI Act to give the bank instructions. The Economic Times newspaper reported the government had sent letters to Patel in recent weeks exercising those powers. Indian television channels CNBC-TV18 and ET Now both ran reports earlier in the day citing unnamed sources saying Patel might resign. The RBI declined to comment.

The government`s statement, however, struck a calmer tone, according to analysts. "The statement is ambiguous and does not fully clarify the issues at hand," said A. Prasanna, chief economist at ICICI Securities Primary Dealership in Mumbai. "Still it does sound like the finance ministry is trying to dial down the temperature."

The Economic Times report said that powers under Section 7 of the RBI Act had been invoked on issues ranging from providing liquidity for non-bank finance companies, to capital requirements for weak banks and lending to small- and medium-sized companies.

TENSIONS BALLOON
Indian markets clawed back some early losses after the statement. Benchmark stock indexes Sensex and Nifty both closed up more than 1.5 percent, while the rupee ended at 73.95 to the dollar, up from a session low of 74.14 but still weaker than its previous close of 73.68. The 10-year benchmark bond yield closed 2 basis points higher at 7.85 percent.

Tensions between the RBI and the government escalated after RBI Deputy Governor Viral Acharya said on Friday that undermining central bank independence could be "potentially catastrophic", indicating the authority was pushing back against government pressure to relax its policies and reduce its powers ahead of a general election due by May.

Investors are worried that a prolonged row between the government and the RBI could impact decision-making at a time when the world`s sixth largest economy needs a steady hand. India`s financial markets have been hit hard by a series of debt defaults by one of the largest infrastructure funding companies. That has led to a liquidity crunch in the entire non-banking finance sector.

"We have a fairly fragile financial system, between the public sector banks and non-banking financial companies," said Dhananjay Sinha, head of institutional research at Emkay Global Financial Services. "If RBI`s top brass exits, there is a likelihood of instability that will be perceived, and that can have an impact on the economy and the market at large."

IN THE OPEN
Acharya`s speech came after a long-running spat between the government and the RBI over whether the central bank should part with some of its 3.6 trillion rupees ($48.73 billion) of reserves to help fund the country`s fiscal deficit. Government officials have also called for the RBI to relax strict lending rules for weak banks and are trying to trim the RBI`s regulatory powers by setting up a new payment regulator.

Finance Minister Arun Jaitley on Tuesday blamed the central bank for failing to stop a lending spree during 2008-2014 that left banks with $150 billion of bad debt. "Ultimately the elected government is supreme, it has accountability," said Gopal Krishna Agarwal, a spokesman for Prime Minister Narendra Modi`s ruling party who is also a director in the state-run Bank of Baroda. "An institution`s independence does not mean that they are supreme."

Patel and his deputy governors are expected to meet top finance ministry officials on Friday. TV channels said Patel has called for a full RBI board meeting on Nov. 19, though the central bank has not confirmed that.