Policy makers are worried that the ongoing trade war between the United States and China could adversely impact exports from emerging market economies, including India, while discouraging capital inflows - putting pressure on the rupee. 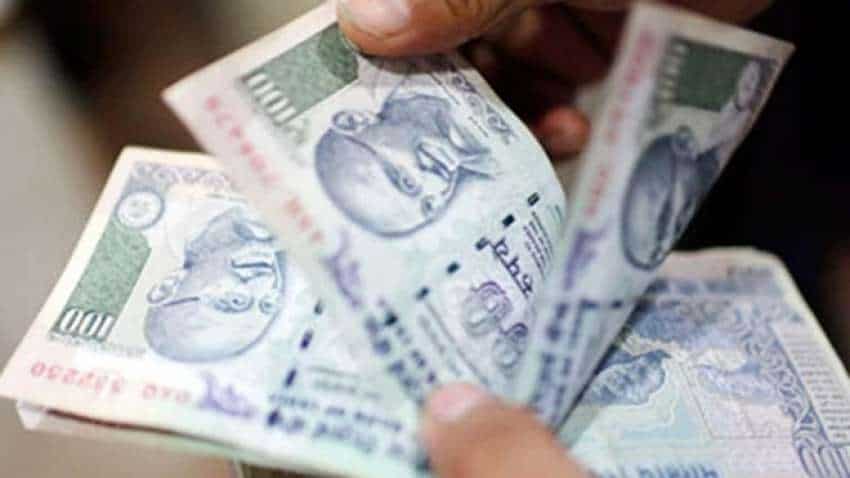 The rupee is down 6.85 percent so far this year, making it the worst performing currency in Asia. Image source: Reuters
Written By: Reuters
RELATED NEWS

Centre believes the current slide in the rupee will not be prolonged as it has adequate "firepower" of foreign exchange reserves to deal with the current volatility, a senior finance ministry official said. The volatility is being driven by global factors, including proposed U.S. sanctions on Iran and the mismatch in demand and supply of oil, said Subhash Chandra Garg, the economic affairs secretary in the finance ministry.

Policy makers are also worried that the ongoing trade war between the United States and China could adversely impact exports from emerging market economies, including India, while discouraging capital inflows - putting pressure on the rupee.

The rupee is down 6.85 percent so far this year, making it the worst performing currency in Asia, followed closely by the Philippine peso.

The depreciating rupee and a widening trade deficit pose a challenge for Prime Minister Narendra Modi, who is aiming to boost economic growth ahead of national elections, due early next year.

Besides using reserves, economists said the Reserve Bank of India, which hiked rates in May by 25 basis points to mark the first tightening in over four years, could raise rates again.

"We could see a couple of rate hikes in the current monetary cycle," said N. R. Bhanumurthy, an economist at the National Institute of Public Finance and Policy, a Delhi-based think tank.

However, he added a further hike in the key repo rate could squeeze credit for companies as well as lead to some cuts in capital spending by the government - dragging down economic growth.

"We may not be able to achieve even 7 percent growth this fiscal (year)," he said. India`s financial year ends on March 31.

New Delhi feels that with forex reserves amounting to $410 billion as of June 15, it could deal with the current storm. "We have adequate reserves, there is adequate firepower," Garg said.

But reserves are already down from their record high of $426.08 billion as of April 13, prompting traders to believe a large part of this decline has been due to dollar sales by the central bank to prop up the currency in recent months.

"Although not obvious, the RBI seems to be instrumental in rescuing (the) rupee from its low of 69.10 to current prices," said Pritam Kumar Patnaik, Business Head at Reliance Commodities.

"We expect them to keep participating as and when the rupee falls below the 69 to a dollar level."

But he added: "While they can exercise control on the domestic markets, they will have little or no control on the NDF (non-deliverable forward) markets, which has been setting the trend post our market close."

Three-month dollar/rupee contracts were changing hands at 69.35/47 levels in the offshore NDF market.

Garg said other tools were also available to stem the decline in the rupee.

If needed, the government could raise funds through foreign currency non-repatriable (FCNR) deposits, sovereign bonds or other routes to increase forex reserves, he said.

"If we assess at any stage that we need to buttress or refurbish our reserves, the options are open," Garg said, adding "that situation has not arisen."

Compared to a crisis in 2013, when the rupee depreciated to its then life low of 68.8650 against the dollar, the current situation was much better, mainly due to higher forex reserves, services exports and inflow of remittances by non-resident Indians, Garg said.

Garg, who coordinates the government`s policy with the central bank, said the trade deficit was expected to widen in the current financial year, mainly due to rising crude oil prices.

He said any further rise in oil prices could further widen the trade deficit and put pressure on the rupee, but the situation was not clear at this stage.

"We are not even certain what kind of a storm it is or even if it is a storm or whether it will turn out to be a storm."

Garg also said it was too early to say what impact the fall in the rupee would have on inflation.

"Inflation situation is not worrisome at the moment. You have the facility of adjustment (of the repo rate) every two months, and the Monetary Policy Committee will take an appropriate view."

The government, however, believes the situation will not worsen on the economic front and the central bank might put off on any rate hikes.

"I do not see any need to increase rates," Garg said.