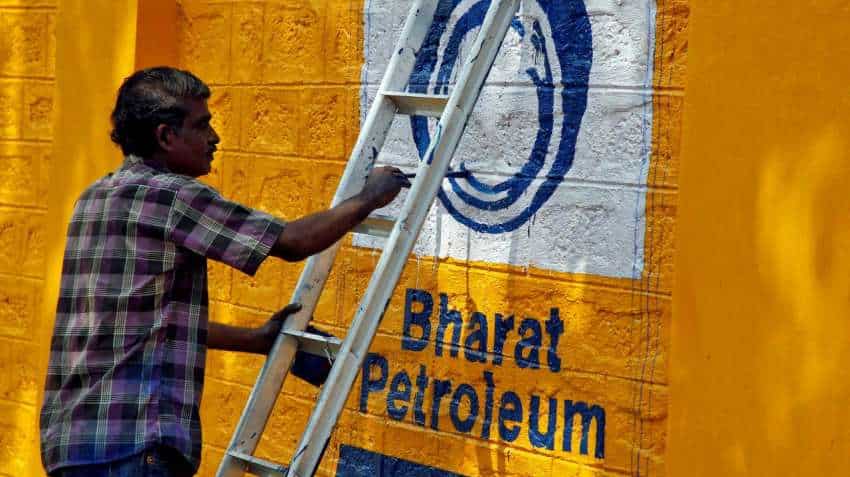 The government has for the second time extended the deadline for bidding for privatisation of India's second-biggest oil refiner BPCL by over a month to July 31, Photo: Reuters
Written By: PTI
RELATED NEWS

The government has for the second time extended the deadline for bidding for privatisation of India's second-biggest oil refiner Bharat Petroleum Corp Ltd (BPCL) by over a month to July 31. While the Cabinet had in November last year approved the sale of government's entire 52.98 per cent stake in BPCL, offers seeking expression of interest (EoI), or bids showing interest in buying its stake, were invited only on March 7.

The EoI submission deadline was May 2, but on March 31 it was extended up to June 13.

On Wednesday, the government said this deadline is further being extended up to July 31.

"In view of the further requests received from the interested bidders and the prevailing situation arising out of COVThe government has for the second time extended the deadline for bidding for privatisation of India's second-biggest oil refiner Bharat Petroleum Corp Ltd (BPCL) by over a month to July 31ID-19, last date of submission of written queries on Preliminary Information Memorandum (PIM) is again extended up to June 23, 2020 and last date and time for submission of EoIs is extended up to July 31, 2020," the Department of Investment and Public Asset Management (DIPAM) said in a notice.

Numaligarh Refinery Ltd stake will be sold to a state-owned oil and gas firm.

The bidding will be a two-stage affair, with qualified bidders in the first EoI phase being asked to make a financial bid in the second round.

Public sector undertakings (PSUs) "are not eligible to participate" in the privatisation, the offer document said.

Any private company having a net worth of USD 10 billion is eligible for bidding and consortium of not more than four firms will be allowed to bid, it said.

According to the bidding criteria, the lead member of the consortium must hold a 40 per cent stake and others must have a minimum net worth of USD 1 billion.

Changes in the consortium are allowed within 45 days, but the lead member cannot be changed, it added.

BPCL will give buyers ready access to 14 per cent of India's oil refining capacity and about one-fourth of the fuel market share in the world's fastest-growing energy market.

BPCL has a market capitalisation of about Rs 68,223 crore and the government stake at current prices is worth about Rs 36,159 crore. The successful bidder will also have to make an open offer to other shareholders for acquiring another 26 per cent at the same price.

Privatisation of BPCL is essential for meeting the record Rs 2.1 lakh crore target Finance Minister Nirmala Sitharaman has set from disinvestment proceeds in the Budget for 2020-21.

BPCL operates four refineries in Mumbai (Maharashtra), Kochi (Kerala), Bina (Madhya Pradesh) and Numaligarh (Assam) with a combined capacity of 38.3 million tonnes per annum, which is 15 per cent of India's total refining capacity of 249.4 million tonnes.

While the Numaligarh refinery will be carved out of BPCL and sold to a PSU, the new buyer of the company will get 35.3 million tonnes of refining capacity.

The company distributes 21 per cent of petroleum products consumed in the country by volume as of March this year and has more than a fifth of the 250 aviation fuel stations in the country.

The government has appointed Deloitte Touche Tohmatsu India LLP as its transaction advisor for the strategic disinvestment process.