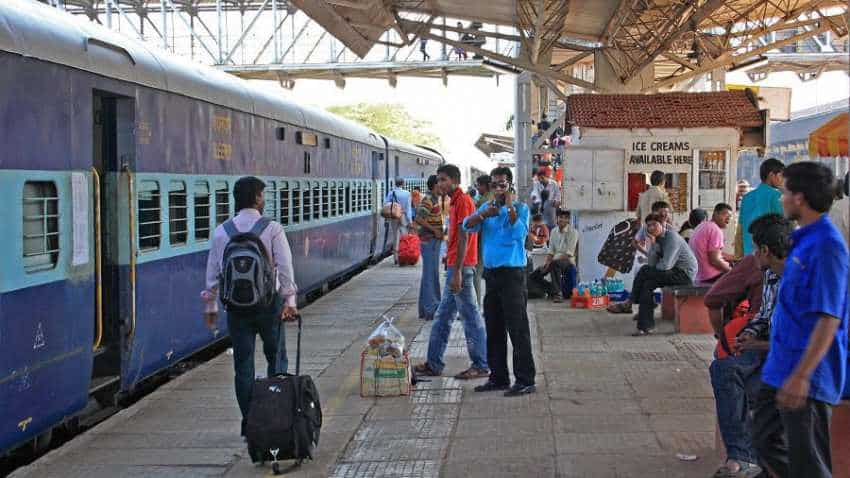 Indian Railways is used to milking freight to increase its earnings, but significantly, this time passengers have pulled off a big surprise. Image source: Reuters
Written By: Sindhu Bhattacharya
RELATED NEWS

Indian Railways is used to milking freight to increase its earnings, but significantly, this time passengers have pulled off a big surprise.

Latest data suggests a surge in suburban passenger numbers, which has helped the country’s largest transporter post not just a modest increase in overall passenger traffic but also in total earnings from passengers.

The news on the freight segment is good as well, with an incremental 25 million tonne of freight being loaded on to the wagons between April 1 and August 20 this year (the latest period for which data is available with the IR). Of course, coal continues to save the Indian Railways the blushes in the freight segment, with a 15% surge in loading year-on-year.

In all, the Indian Railways have posted an almost 8% increase in total earnings between April and August 20, at Rs 68,912.58 crore (Rs 63,933.55 crore). This translates to almost Rs 32 crore in incremental earnings on an average each day of this fiscal till August 20 compared to the same period last year.

A member traffic in the Railway Board, Girish Pillai, told DNA Money that “there has been a 25 million tonnne increase in freight carriage this fiscal. This is not a small increase in loading and earnings are going up too. An increasing number of total passengers are also travelling in the Indian Railways but the earnings increase from passengers is not commensurate with the increase seen from freight.”

When asked if the Indian Railways will be able to meet its annual targets for freight and passenger earnings this year, Pillai said “There is no shortage of demand on either freight or passenger side. Capacity is also there and then we keep innovating in freight (to make more capacity available)”.

Let us first look at passenger numbers. In the first quarter, unending train delays and rampant cancellations had impacted passenger numbers as well as earnings. The number of passengers taking a train to their destination, instead of a bus or a flight, had declined due to around 78% rise in the number of train trips getting cancelled besides significant delays due to an aggressive maintenance schedule undertaken, thus shutting down train movement for long periods of time.

Gross passenger earnings had declined by 1.37% to Rs 1,221.31 crore (Rs 1,238.28 crore) or by close to Rs 19 lakh on an average every single day during the first quarter. The number of passengers booked on an originating basis too declined from 2087.1 million to 2088.54 million or almost a 16,000 daily decline.
But obviously, the situation has improved during July and the first 20 days of August.

As for freight, the incremental loads have led to an over 10% increase in earnings at Rs 45,913.94 crore (41,662.56 crore). Remember, the IRs posted record freight loading in FY18 and of the total earnings jump of Rs 10,000 crore last fiscal, Rs 8,000 crore came from the robust growth in freight. It is in this context that the increased freight loading is being seen each month of this fiscal.

Operating ratio is a metric which explains what the IR has to spend to earn each rupee - 98% means it has to spend 98 paise to earn that rupee. Huge pension and pay commission payments and little growth in passenger earnings are the two main reasons for the worsening operating ratio of the Indian Railways. So, IR’s finances may need a further boost, even after the good show on the freight front and expectations that passenger earnings will improve in the coming quarters.

Total earnings target for this fiscal is Rs 2 lakh crore, up from about Rs 1.78 lakh crore registered in 2017-18. This means Indian Railways will have to generate an incremental revenue of Rs 22,000 crore this fiscal over the last period.