Good news for Delhi Metro commuters: Now, replace your smart card instantly, but there is a catch

Delhi Metro commuters, who earlier had to wait for five days or more to reclaim a new smart card after their old one was rendered unreadable, can now get them replaced instantly at station facilities, 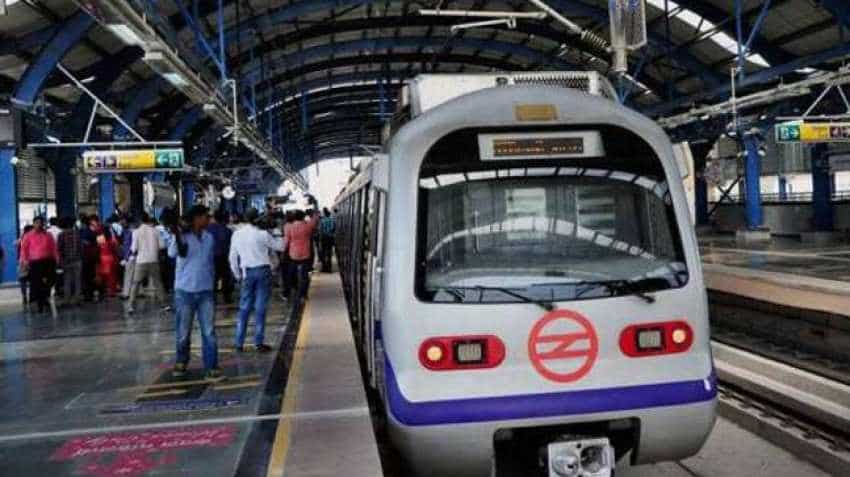 Presently, about 70 per cent of metro commuters use smart cards for their daily metro journey and a flat 10 per cent discount is provided on each journey. Image: Reuters
Written By: PTI
RELATED NEWS

Delhi Metro commuters, who earlier had to wait for five days or more to reclaim a new smart card after their old one was rendered unreadable, can now get them replaced instantly at station facilities, officials said Sunday. The DMRC authorities, however, said the cards which are to be replaced must be in the right physical condition. The Delhi Metro has now simplified the process for reclaim of those smart cards which are not readable at the time of entry at the AFC (automated fare collection) gates due to some technical reasons.  "Such physically ok, unreadable cards, which were earlier deposited at the station and needed to be reclaimed after five days will now be immediately replaced with a new smart card at the customer care centre of the metro station, free of cost," a DMRC spokesperson said.

The commuter will have the option to top it up (recharge) as per the requirement for the journey or may use an alternate card or a token available with him/her, the senior DMRC official said. Earlier, when a passenger used to face the problem of unreadable smart card he/she was required to deposit the card at the station for technical redressal and then required to visit the same station after five days to reclaim that card with a balance amount in it.

At times, it required more than five days and multiple visits to the same station to reclaim such cards for some unforeseen reasons. "This new process of dealing with unreadable cards now eliminates the inconvenience caused to commuter in terms of wastage of time by visiting the same station after five days and repeated human interface which was there till now in reclaiming the unreadable cards, the official said.

"After five days and up to a period of 90 days, the commuter can then tap his/her new smart card at any of the AVMs (add value machines) installed at all the metro stations and the balance amount left in his/her unreadable card will be automatically credited into the new card and the need to visit the same station no more exits," the spokesperson said.

Also, around 2.20 crore smart cards have been issued to commuters since beginning, of which around 600 cards are reported 'unreadable' on an average per day, of which over 30 per cent cases of unreadability are due to physical damage to the card caused by users due to mishandling, the DMRC said.
The reason for a smart card becoming 'unreadable' is disturbance to its circuitry which may result from inappropriate handling of the card like too much pressing or bending when placed in wallet or pockets, placing on hot surfaces.