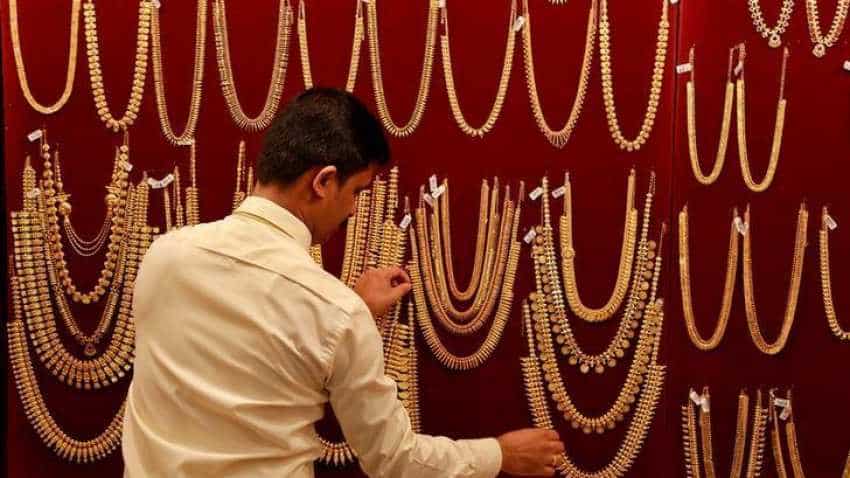 Rs 75,000 for buying and Rs 76,000 for selling of 100 pieces on pick up in demand from coin makers ahead of Diwali festival. Image courtesy: Reuters

New Delhi: Gold continued its upward journey for yet another week and recorded a rise of Rs 150 in its prices to close at Rs 32,050 per 10 grams, amid positive global cues and pick up in buying by local jewellers to meet festive season demand. Besides, the rupee falling to an all-time low against

Furthermore, pick up in buying by local jewellers to meet increased demand in the festive and wedding season also supported the upside in the precious metal prices, they added. Globally, gold ended the week higher at USD 1,218.50 an ounce and silver at USD 14.68 an ounce in New York.

31,900 per 10 grams, showing a rise of Rs 150 each. Sovereign, however, continued to move in a narrow range in scattered deals throughout the week and settled at previous level of Rs 24,600 per piece of eight gram.

up in demand from coin makers ahead of Diwali festival.