Gold rose on Thursday as the dollar retreated and made the metal less expensive for holders of other currencies. 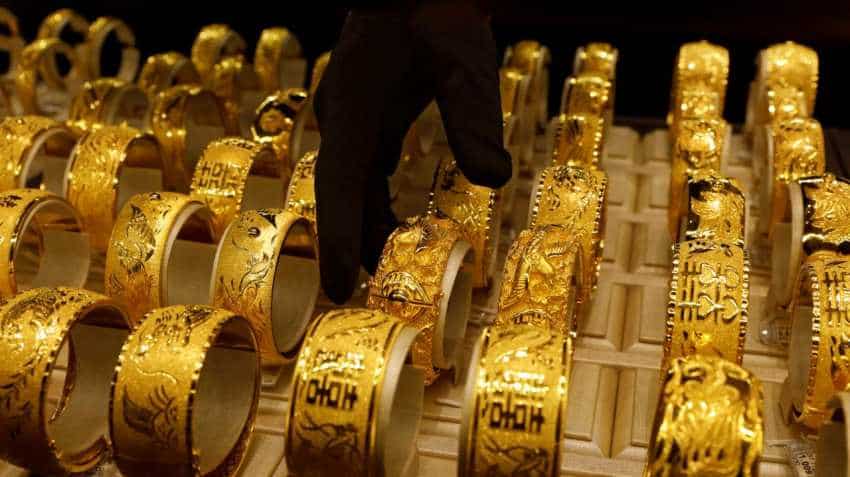 The dollar index, which measures the U.S. unit against a basket of six major currencies, was down 0.7 percent, falling from a 16-month high hit in the previous session on the back of continued U.S. economic strength. Gold had hit its lowest since Oct. 11 on Wednesday at $1,211.52 per ounce.

"Although a rally is not yet foreseeable, $1,250 will be the level to watch for should the dollar weaken further or equities disappoint," Commerzbank analyst Eugen Weinberg said.

Global stocks started the new month on firmer ground after a brutal October, while sterling rallied on reports that Britain and the European Union are close to a post-Brexit deal on financial services.

Attention is turning to the U.S. congressional elections on Nov. 6, which will determine whether the Republican or Democratic party controls the U.S. Congress, with some predicting increased market volatility on the outcome.

Friday`s non-farm payrolls data, a key indicator of the strength U.S. economy, will also be watched for further clues on the pace of Federal Reserve rate increases. Higher U.S. interest rates raise the opportunity cost of holding gold, which is priced in dollars.

"Precious metals are seeing buying interest as the U.S. dollar index is posting sharp losses today," Kitco Metals senior analyst Jim Wyckoff said in a note. "Traders stepped in to buy the dip in gold prices on some perceived bargain hunting and by some short covering from the futures traders."