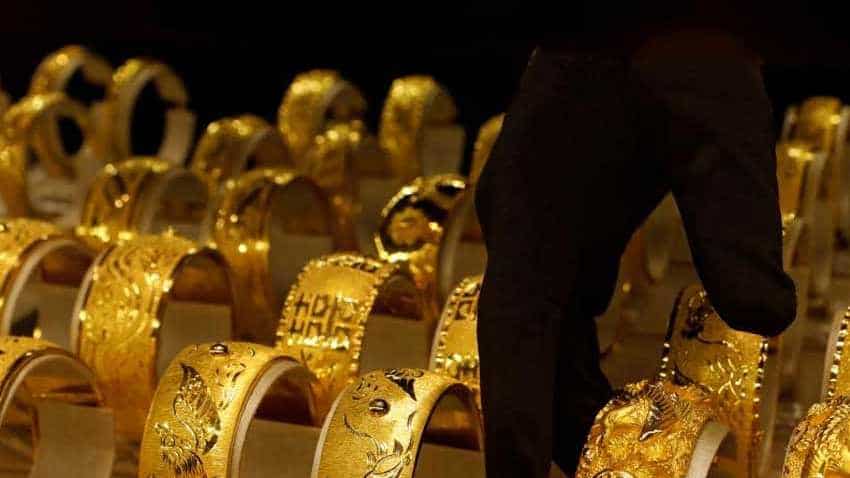 Spot gold rose 0.1 percent to $1,244.56 per ounce at 0506 GMT, after declining the most since Nov. 27 in the previous session. Reuters
Written By: Reuters
RELATED NEWS

BENGALURU, Gold prices steadied on Thursday, after shedding half a percent in the previous session as the U.S. Federal Reserve delivered a less-dovish outlook on monetary tightening than many had expected. In a widely anticipated decision, the U.S. central bank hiked interest rates by 25 basis points on Wednesday. But what took markets by surprise was the Fed`s commitment to retain the core of its plan to tighten monetary policy, despite rising uncertainty about global economic growth.

Prices crossed the 200-day moving average around $1,252 an ounce before the Fed`s statement on Wednesday. U.S. gold futures declined 0.7 percent to $1,247.7 per ounce on Thursday.

"The Fed was not exactly clear on what they will do. They did say they would increase interest rates, but would be more patient in doing so," said Brian Lan, managing director at dealer GoldSilver Central in Singapore.

"General consensus is that they may slow down interest rate hikes. That is why we see gold holding up quite well."

The dollar was steady in Asian trade, managing to recover from the previous session`s low as markets came to terms with the Fed`s outlook.  "The rate hike announcement has put pressure on gold.

There is some good support at $1,230-$1,235," said a trader based in Hong Kong, adding that in the near-term, the dollar index was going to be a "good proxy" for what gold is going to do.

"Gold seems vulnerable for the remainder of the year, although the absence of fresh fodder driving the Fed outlook narrative will probably keep trend progression modest," said Ilya Spivak, a currency strategist for DailyFX.

Amongst other precious metals, palladium slipped 0.1 percent to $1,259.24 per ounce.