Europe`s bourses inched lower as traders positioned for a potentially fraught meeting of EU leaders, with the mood set overnight by two-year lows for Chinese stocks and a six-month low for the yuan. 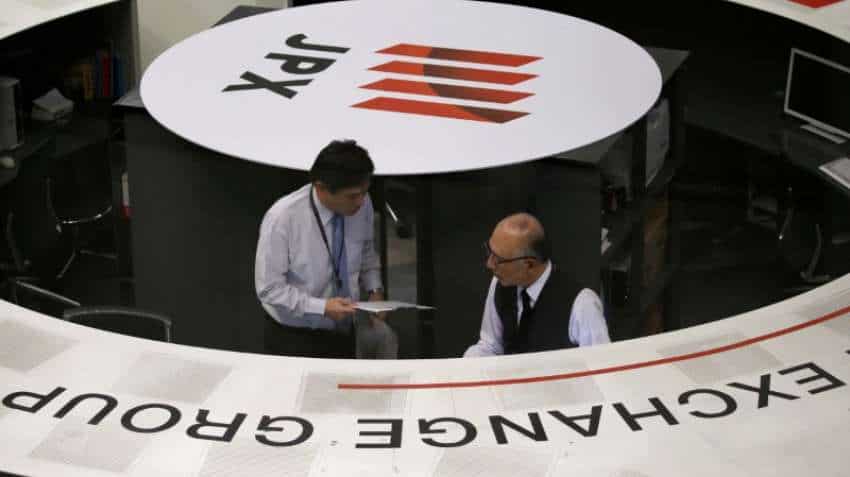 Pressure on world shares from a U.S.-driven trade dispute mounted on Thursday, as a fast-charging dollar and a jump in oil prices also cranked up the pain in emerging markets.

Europe`s bourses inched lower as traders positioned for a potentially fraught meeting of EU leaders, with the mood set overnight by two-year lows for Chinese stocks and a six-month low for the yuan.

They, like Wall Street, had been buffeted again after U.S. President Donald Trump and White House economic adviser Larry Kudlow outlined plans to clamp down on Chinese acquisitions of sensitive American technologies.

Asian shares had reached a nine-month trough, while MSCI`s emerging market index - which also includes other hard-hit countries including Mexico, Brazil, Turkey and South Africa - dropped to its weakest in almost a year.

MSCI`s broadest gauge of the world`s stock markets meanwhile fell to its lowest in almost three months and was on course to post its fourth losing month in the last five.

"You could see tech (stocks) taking a lot of impact... and you could see some big negative numbers on the main indexes," though he added he did not expect the situation to escalate to a full-blown crisis at this point.

There were other signs too that markets were getting nervous about the economic impact of the dispute.

The U.S. 2- to 10-year yield curve, whose flattening can be an early warning indicator of recessions, stayed pinned near the 11-year low of 31 basis points it had hit on Wednesday. A dip in Italian yields ahead of a key bond sale there did though point to some risk appetite returning.

Analysts cited local reports that tax cuts and a citizens` income would not be introduced next year as another factor boosting Italian government bonds.

"The general tone from the Italian government has been a little bit more conciliatory, which has given markets some comfort that the budget deficit should stay under control," said DZ Bank analyst Andy Cossor.

A European Union summit scheduled to begin later in the day could prove disruptive to markets, though, as embattled German Chancellor Angela Merkel seeks broader agreement on migration.

Two main forces were playing out in the currency markets.

The trade tensions pushed the dollar - seen as one of the safest investments especially if U.S. interest rates keep rising - to test a one-year high against a basket of other top currencies.

Though the yen had shown some strength overnight, it remains firmly below a 2018 high of above 111 yen per dollar hit last month. The Swiss franc, another risk barometer, also remains firmly below 1.16 per euro, a level considered too strong for the central bank’s comfort.

The Indian rupee hit an all-time low of 69.09 to the dollar during the Asian session, while Indonesia`s rupiah slumped as much as 0.83 percent to touch its weakest since October 2015.

White House pressure on other countries to stop all imports of Iranian oil is seen as creating a shortage, while a power struggle in Libya has left it unclear whether its internationally recognised government or rebels will handle oil exports.

"A number of people will be revising higher their assumptions for the loss of Iranian barrels," Harry Tchilinguirian, strategist at French bank BNP Paribas, told Reuters Global Oil Forum.

"If we assume that OPEC and its allies will deliver a near 1 million barrels per day (bpd) increase in production, most of it will be offset by lower volumes out of Iran."