Addressing the media here, Shaktikanta Das on Saturday said the current challenges being faced by the global economy, especially emerging economy space, were highlighted by Modi at the G20 Summit. 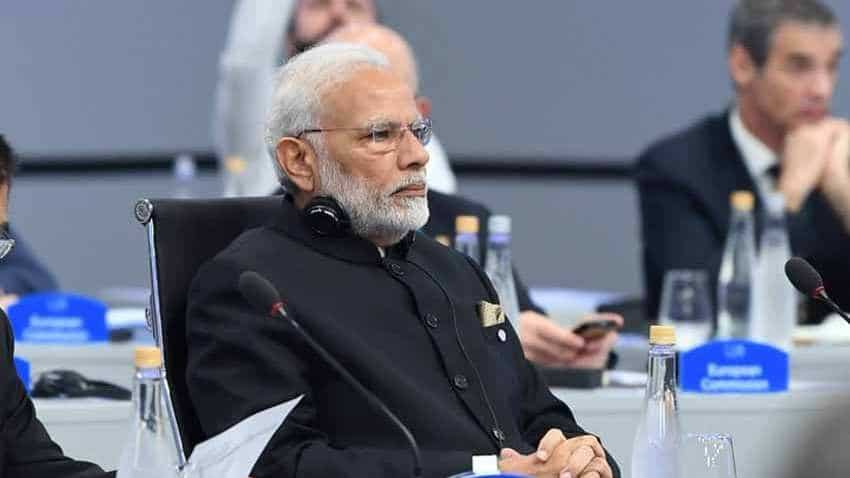 Addressing the media here, Shaktikanta Das on Saturday said the current challenges being faced by the global economy, especially emerging economy space, were highlighted by Modi at the G20 Summit.

"The Prime Minister also emphasized on unsynchronized policies of advanced economies and the uneven pace of revival of economies of various countries."

Modi stressed on escalating trade tensions and its resultant and collateral damages it caused to the least developed countries and other emerging economies, he added.

As regards the way forward, Modi emphasized on the need for pro-active and reformed multilateralism.

Modi highlighted that any instability in the crude oil prices put big pressure on the budgetary resources and domestic finances of the emerging economies.

He also appealed for reforming the World Trade Organisation (WTO) and sought dialogue on trade and service in promoting global value chain in the agricultural sector, Das said.

The Prime Minister wanted countries to "immediately" join the automatic exchange of information.

"He highlighted the efforts taken in regards to harnessing transformative technologies, that is robotics, data analytic, education technology, Fin-tech (Financial Technology). He talked about democratization of the technologies at the international level for global good."

India is pressing for the extradition of high-profile fugitive economic offenders including Nirav Modi, Mehul Choksi and Vijay Mallya among others.

The Prime Minister stressed it was time to fully implement and operationalise various aspects of 11-point agenda against terrorism adopted in Hamburg in 2017.

He also called upon countries to join the international solar alliance and spoke about global coalition on disaster resilient infrastructure, Das said.