Petrol price Monday crossed the Rs 91-mark in Mumbai while domestic cooking gas LPG rates breached the Rs 500-level for the first time ever as oil at four-year high pushed fuel prices to new all-time high across the country. 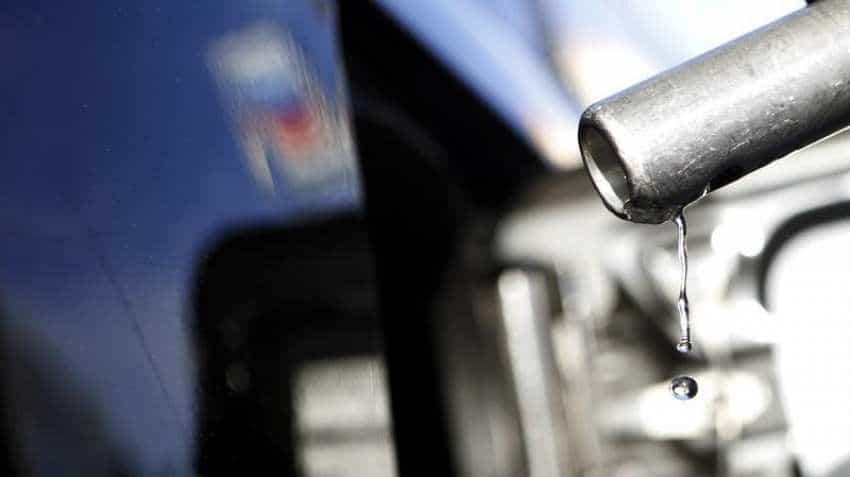 Petrol prices were hiked by 24 paise per litre and diesel by 30 paise, according to price notification of state-owned oil firms. Image Source: Reuters
Written By: PTI
RELATED NEWS

Petrol price Monday crossed the Rs 91-mark in Mumbai while domestic cooking gas LPG rates breached the Rs 500-level for the first time ever as oil at four-year high pushed fuel prices to new all-time high across the country.

India is the third largest importer of crude oil and rising international oil prices are inflating domestic transport fuel costs in a strong demand environment. Brent, the benchmark for more than half the world's oil, rose to the highest since November 2014 on Monday ahead of US sanctions against Iran kicking in next month. Brent crude oil climbed to USD 83.27, up from USD 71 five weeks back, while the rupee lost ground against the dollar by 5-6 per cent during the same period, resulting in expensive crude imports.

Since mid-August, the petrol price has risen by Rs 6.59 a litre and diesel by Rs 6.37 - the most in any six weeks after the daily price revision was introduced in mid-June last year.

Also on Monday, domestic cooking gas (LPG) rates were hiked by Rs 2.89 per 14.2-kg cylinder to Rs 502.40 on account of higher GST applicable on base price, according to oil companies. This is the fifth straight monthly increase in subsidised LPG rates. It was priced at Rs 491.21 in May.

All consumers have to buy cooking gas LPG at market price. The government, however, subsidizes 12 cylinders of 14.2-kg each per households in a year by providing the subsidy amount directly in bank accounts of users.

This subsidy amount varies from month to month, depending on the changes in the average international benchmark LPG rate and foreign exchange rate.

When international rates move up, the government provides a higher subsidy. But as per tax rules, GST on LPG has to be calculated at the market rate of the fuel. The government may choose to subsidize a part of the price but tax will have to be paid at market rates.

This has led to increase in price.

The price of non-subsidised or market priced LPG in Delhi was hiked by Rs 59.00 per cylinder to Rs 879 mainly due to change in international price and foreign exchange fluctuations.

According to IOC, the subsidy transfer in customers' bank account has been increased to Rs 376.60 per cylinder in October as against Rs 320.49 per cylinder in the previous month.

Delhi has the cheapest fuel rates among all metros and most state capitals because of lower taxes. Mumbai has the highest sales tax or VAT.