At least a dozen companies, including some in past few weeks, have been registered in various parts of the country with 'Bitcoin' as part of their names while many more such applications are pending before the Registrars of Companies. 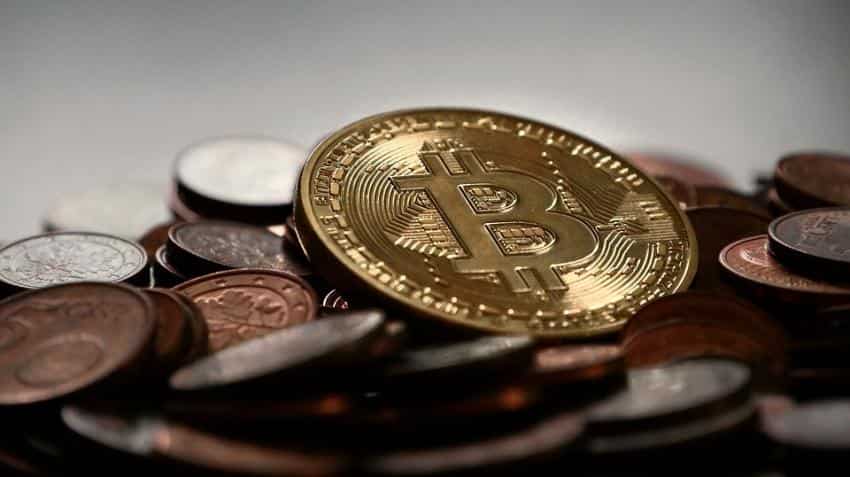 The mad rush -- of entrepreneurs and investors -- seems to be continuing despite repeated regulatory warnings about Bitcoins. Image source: Pixabay
RELATED NEWS

It is not only investors who have caught the Bitcoin bug lured by a crazy surge in prices, but also many Indians who are seeing a business potential in cryptocurrencies and rushing to set up companies to cash in on this craze.

At least a dozen companies, including some in past few weeks, have been registered in various parts of the country with 'Bitcoin' as part of their names while many more such applications are pending before the Registrars of Companies.

The numbers are even higher for the companies with the word 'crypto' in their names, while several others have sought to become more innovative by adding various prefixes to the word 'coin', including those proposing Indian versions like 'IndiCoin' and 'BharatCoin'. There is also a 'SwachhCoin'!

The mad rush -- of entrepreneurs and investors -- seems to be continuing despite repeated regulatory warnings about Bitcoins and their various alternatives operating in a totally unregulated domain and the possible money laundering and terror financing risks associated with such cryptocurrencies.

Various regulators and enforcement agencies are already actively looking into this Bitcoin craze and searches were conducted recently by tax authorities at several places where they are believed to have collected details about lakhs of 'investors' who could be trading on 'Bitcoin exchanges'.

There are concerns that many operators might be running 'e-ponzi' schemes or illicit money-pooling pyramid activities in the name of virtual currencies. Some bogus ones have already been unearthed and are facing police action.

As the regulators and the government departments continue with their probes, which officials at these agencies also described as their efforts to 'understand' this new phenomenon, the entrepreneurs seem to be undeterred by any risk factors and expect good business to come by and they are from various parts of the country -- from Ghaziabad to Kanpur to Darjeeling to Jaipur to Delhi to Ahmedabad to Mumbai.

The RoC filings made by such companies show diverse business activities they propose to undertake -- One has listed 'retail trade/repair of personal and household goods', another claims to be in financial intermediary business, while one also claims to promote 'investigative journalism'.

There are also those offering 'crypto coins' exclusively for dentistry across the world with the promise of removing middlemen-type costs and easier insurance claims! Then, there are also those proposing 'sex coins' for discreet payments for adult entertainment and in sex trade.

A number of new entities have been set up under the LLP (Limited Liability Partnership) model while many others are being set up as privately-held companies. Several officials from the auditing and accountancy fields also said many listed companies are looking into changes in their names and 'articles of association' to include 'Bitcoin' or other cryptocurrencies to join the bandwagon.

There are several entities operating only in the digital world by setting up websites or 'online exchanges' while others have gone in for registering their companies or LLPs.

There are others like Crypto Advisors, Crypto Futuristic Trades, Crypto Infotech, Crypto IT Services, Crypto Labs, Crypto Mining, Crypto Yo Coin India, CryptoCoin Solutions and CryptoMudra Digital Services. Further business details of these entities could be ascertained, as most of them have been set up recently, but have been meeting necessary compliances.

While Bitcoin was created as a cryptocurrency in 2009, by an unidentified person using the alias Satoshi Nakamoto, its popularity has grown manifold in recent months with its per unit price soaring to close to USD 20,000 (over Rs 10 lakh) earlier this month. However, the price has been swinging wildly and last week itself, it fell by almost half to about USD 10,000, only to again rebound to the near USD 15,000 level.

It was launched with a promise of lower transaction fees than traditional payment methods with a decentralised authority unlike the government-issued currencies in various countries. At present, Bitcoins command a market cap of over USD 240 billion while more than 16 million units are said to be in circulation. The maximum supply is pegged at 21 million.

It is the anonymity of Bitcoins, minted through complex computer algorithms, that has made them so famous, but has also increased the risks. These are stored in digital wallets, in the cloud or on the user's computers.

The popularity of Bitcoin has given rise to several other such cryptocurrencies globally even as several entities and exchanges have gone bust with huge losses for many. No such currency has yet got legal tender status from any central bank or government in the world, but is still being accepted, mostly for online trades and even for ordering pizza.

These 'coins' are minted and traded with the use of blockchain technology, which uses cryptography for security of exchanges and providing a decentralised 'digital ledger' of transactions for all on the network to see.

Blockchain is a distributed ledger technology algorithm for managing digital cash without any central administrator and users remain unaware about each other. One blockchain network typically has thousands of nodes and a transaction is verified only after a majority of nodes reach consensus.

Bharti Airtel picks up 10 per cent stake in Waybeo