The plans to develop a fifth-generation combat aircraft at home has revived hopes of resurrecting the indigenous jet engine development project Kaveri as defence experts feel that the failed programme can be brought back to life with acquisition of foreign technology. 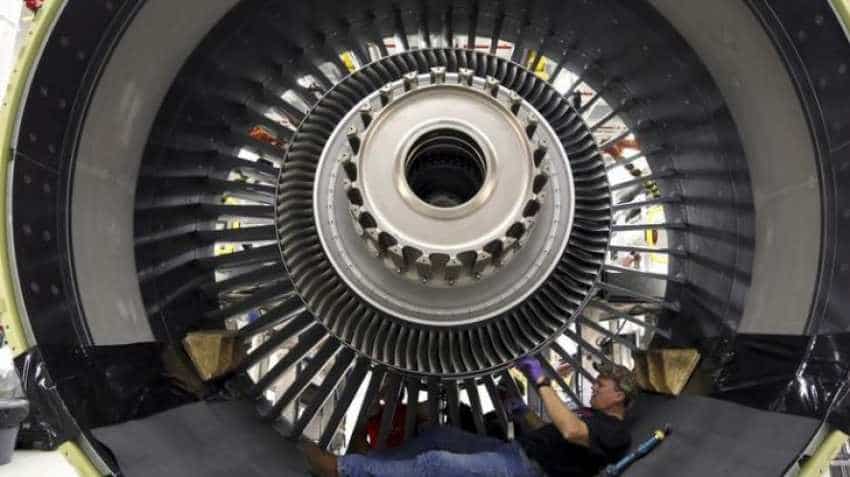 The plans to develop a fifth-generation combat aircraft at home has revived hopes of resurrecting the indigenous jet engine development project Kaveri as defence experts feel that the failed programme can be brought back to life with acquisition of foreign technology. Kaveri, an after-burning turbofan jet engine, being developed by the Gas Turbine Research Establishment of the Defence Research & Development Organization (DRDO), is yet to see the light of the day despite research efforts of over 30 years. In 1986, DRDO was authorized by the government to build a power-plant - the Kaveri - for the indigenous Light Combat Aircrafts (LCAs). Due to delay in completion of the Kaveri project, Tejas is powered by General Electric`s F-404 engine.

With Indian Air Force (IAF) looking for more home-made fighter jets, having an indigenous jet engine has become necessary. AIAF chief Rakesh Kumar Singh Bhadauria said after taking over that India`s priority is to build an indigenous fifth-generation fighter aircraft (FGFA) and that there is no question of imports in the foreseeable future. The shift in plan came as efforts to jointly produce FGFA with Russia failed to take off.

The IAF has planned that its upcoming Advanced Medium Combat Aircraft (AMCA) will be a fifth generation fighter. There is, however, no word yet on its engine, which on an average comprises around 15 per cent of the cost of any aircraft. The much improved Tejas, known as LCA Mk II, which is still being worked out, will have more powerful GE`s F-414 engine.

French engine-maker Safran has offered co-development and transfer of technology for production of military aero-engines. An Indian delegation led by Defence Minister Rajnath Singh and Secretary (Defence) Dr Ajay Kumar had visited Safran`s facility in Villaroche near Paris during a three-day visit to France last week to receive first of the 36 Rafale aircraft.

Sources said Safran, which has developed the M-88 turbofan engines that power the Rafale fighter jet, proposed a complete transfer of `know-how` and `know-why` to enable India to produce `Make in India` engines suited to aircraft needs. Reportedly, it was for the first time that Safran made a proposal for complete transfer of jet engine-making technology to any country.

As per defence experts, at this juncture India must weigh the huge `opportunity cost` involved in procuring foreign technology vis-a-vis the prospect of never being able to develop an indigenous jet engine. "Whatever the cost of availing the French (or US) consultancy in terms of `know-how` and `know-why` of making the Kaveri a viable jet engine, it will be far cheaper than importing 200-300 engines from abroad and of never acquiring the precious capability of making one ourselves. Besides, India, as an emerging power just cannot forever afford the `strategic cost` of depending on foreign sources for aero-engines," former Navy chief Admiral Arun Prakash told IANS.

Safran is among the French firms that are under obligation to invest over Euro 580 million in India by the year 2023 as part of the inter-governmental agreement entered into with France in September 2016 to purchase 36 Rafale aircraft in flyaway condition at a cost of Rs 59,000 crore.

A plan by Safran, however, to take ahead the lagging Kaveri engine project, however, had reportedly been shelved by the DRDO earlier this year after the French engine maker proposed `unreasonable` costs. Safran had reportedly proposed for investing Euro 250 million in the project while the DRDO was given the onerous task of pumping in over Euro 500 million.

"An aircraft is always built around the engine. The manufacture of an aircraft begins keeping in view the aggregates available on the day. Manufacturing of an aircraft cannot be held hostage to the aggregates that are to come in. Also, it is always a very tight coupling between the aircraft and the engine. It is not possible to fly an aircraft with an engine other than the one around which it is originally designed. Besides, a prototype of the Tejas LCA has already been developed long back and kept for flight testing by the Kaveri engine as and when it is ready," a former chief of HAL`s Aeronautical Development Agency told IANS on condition of anonymity.