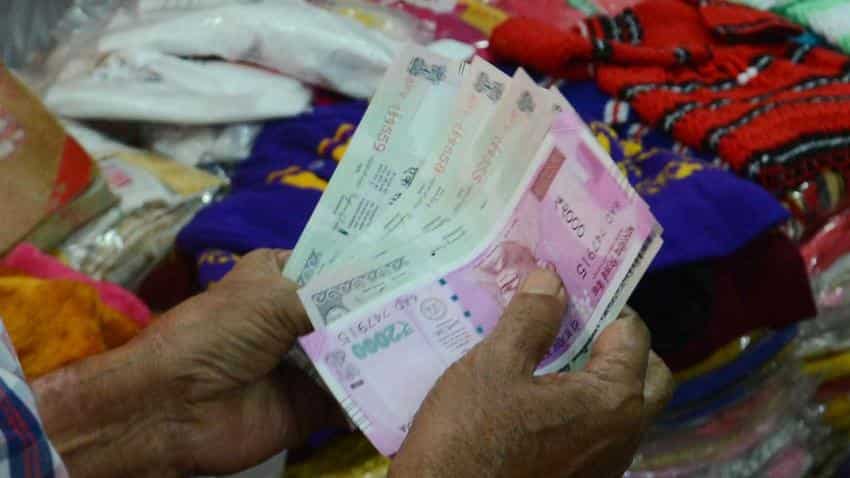 Most of the funds have been invested in debt markets by foreign portfolio investors (FPIs). Image Source: IANS
Written By: PTI
RELATED NEWS

Foreign investors have pumped in nearly $ 2 billion in the country's capital market in the last seven trading sessions due to finalisation of GST rates for bulk of the items and forecast of a normal monsoon.

Interestingly, most of the funds have been invested in debt markets by foreign portfolio investors (FPIs).

"The differential spread between 10-year bond yields in the US and India is still around 4.5-5 %. This, coupled with stable outlook for the Indian currency bodes well for FPI flows into debt market," Sharekhan Head Advisory Hemang Jani said.

According to latest depository data, FPIs have pulled out Rs 289 crore from equities during June 1-9, while they poured in Rs 11,734 crore in debt markets during the period under review, translating into a net inflow of Rs 11,445 crore ($ 1.77 billion).

This comes following a net inflow of more than Rs 1.33 lakh crore in the last four months (February-May) on several factors, including expectations that BJP's victory in recent Assembly polls will accelerate the pace of reforms.

Prior to that, such investors had pulled out over Rs 3,496 crore from the markets in January.

"FPIs sold into Indian equities in the first few days of May. It was only in the second week that they started buying. The most prominent reason is expectation from the government that it would speed up development and economic reforms in their last two years in office before going for elections in 2019.

"The government finalising GST rates and expectation that it will be rolled out on time, in addition to forecast of normal monsoon also led to positive sentiment," Himanshu Srivastava, Senior Analyst Manager Research at Morningstar India said.

Going forward, there are few challenges but not strong enough to disrupt the current trend. Markets and the rupee are surging higher, which offer a good profit booking opportunity for FPIs. They did that in April and they can again use this opportunity to book profits going forward.

"The flow is largely driven by expectation, and for the flows to sustain, the government has to meet those expectation. Monsoon will be another thing to watch out for as it tends to have big economic implications," he added.

With the latest inflow, total investment in capital markets (equity and debt) has reached Rs 1.3 lakh crore this year.