Four things India can look forward to in 2017 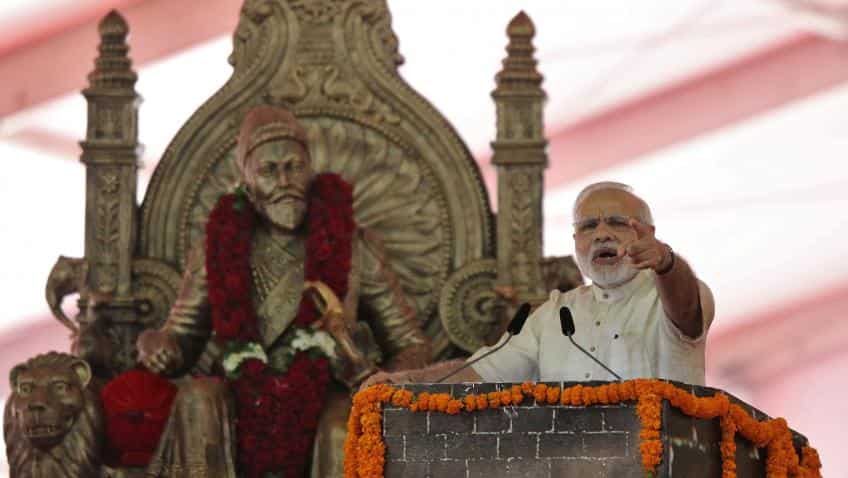 An increased focus on renewable energy, more reliable power supply to villages, growing spread of Aadhaar -- the national identification system -- and greater use and spread of the Internet. Those, according to IndiaSpend, are the four things India can look forward to in 2017.

1. Increasing energy capacity and the push for renewables

What we said: Renewable energy installations would get a push in 2016, that would balance the country`s reliance on coal.

What happened: India said it would install 16 GW of renewable energy this year, with the aim of reaching 175 GW by 2022. It had installed no more than 3.9 GW as of November 2016, according to a progress report by the Ministry of New and Renewable Energy.

The total installed energy capacity of India, as of November 30, 2016, was 309 GW, and nearly 15 per cent came from renewable sources, according to data from the Ministry of Power. Between September 2015 and September 2016, 8.5 GW of renewable energy has been installed across the country. While the installed wind capacity increased 15.2 per cent or 3.7 GW over the year, solar energy capacity increased by almost 4.2 GW or 96 per cent.

Despite the slow growth in wind energy installation, the increase puts India in the fourth position world-wide after China, the US and Germany.

India had targeted installation of 4 GW of wind capacity and 12 GW of solar capacity, the two largest contributors to the renewables basket, in 2016-17. Eight months into the financial year, it had achieved no more than 40 per cent of its wind energy target and only 17.5 per cent of its solar energy target.

To achieve the 2017 target, the government and private players will have to install 2.35 GW of wind and 11.8 GW solar energy.

India has a solar energy potential of 750 GW -- 3.5 times mores than its thermal installed capacity, which currently accounts for 70 per cent of generation capacity -- and solar radiation is available for over 300 days a year

What to look forward to: Solar energy installations in India have been rising steadily since 2010, except for a dip in 2012-13. The government hopes to install 100 GW solar energy capacity by 2022 (57 per cent of the renewable energy goal of 175 GW), according to the 2015-16 annual report of the Ministry of New and Renewable Energy.

The renewable energy ministry has created a road map for the next two financial years, 2017-18 and 2018-19. Over the next two years, India will add 42.6 GW -- almost equivalent to its cumulative renewables capacity to date.

What we said: Up to 98.1 per cent of all villages were electrified by June 2016, according to the Central Electricity Authority.

What happened: Prime Minister Narendra Modi, during his Independence Day speech on August 15, 2015, announced that all un-electrified villages in the country (18,452) would have power within 1,000 days, or by May 1, 2018.

Only 10 per cent rural households need to have power for a village to be considered electrified, and quality of electricity is suspect even then.

As many as 11,429 villages have been electrified so far, according to the latest release by the Ministry of Power.

Out of the remaining 7,023 villages, 698 are uninhabited, 3,775 are scheduled for grid electrification, 2,502 are off-grid because of geographical barriers, and 48 are slated for electrification by state governments, the ministry said.

As on March 31, 2016, 23.2 million (over 50 per cent) BPL households were provided with free electricity connections, according to a report by the ministry.

What to look forward to: Grid connected villages could possibly be electrified by the end of 2018. However, it remains to be seen how many households will actually have access to reliable electricity, given that several states such as Bihar, Assam and Uttar Pradesh still report that over 60 per cent of their rural households are without electricity.

What we said: Aadhaar enrolments were likely to cross one billion in 2016.

What happened: Aadhaar enrolments crossed the one-billion mark in April.

What to look forward to: Less than 75 per cent of people in Bihar, Manipur, Jammu and Kashmir, Arunachal Pradesh, Nagaland, Mizoram, Meghalaya and Assam had Aadhaar cards as of December 15, 2016, according to data from Unique Identity Authority of India (UIDAI).

These regions, especially the northeastern states, might be the focus of the programme in 2017, as no more than 9 per cent of Meghalaya`s people and 6 per cent of Assam`s have Aadhaar cards.

What we said: Around 462 million Indians would be online by June 2016.

What happened: By September 2016, total Internet subscribers in India were 367.48 million, according to a Telecom Regulatory Authority of India (TRAI) report.

Minister for Communications and Information Technology Ravi Shankar Prasad said Internet users will cross 500 million either by the end of the year or in 2017.

What to look forward to: Internet users in India will continue to grow three times faster than the world average, adding approximately 400 million users to its base in the next five years, according to National Association of Software and Services Companies (NASSCOM), a trade association.

"India`s internet consumption has already exceeded the US to become number two globally. By 2020, the internet is expected to penetrate deeper into hinterland of the country, helping create more opportunities for everyone," Nasscom president R. Chandrashekhar said.

As many as 75-80 per cent of the new users will come from better-connected rural areas, given the saturation of services in Tier 1 cities, the Nasscom report said.

As more rural users come online, regional-language services will see a spike because 75 per cent of the newly-added users will speak a vernacular language, the report said.