It may seem unbelievable but it's a fact that the world's highest railway bridge is coming up over river Chenab in Jammu and Kashmir. 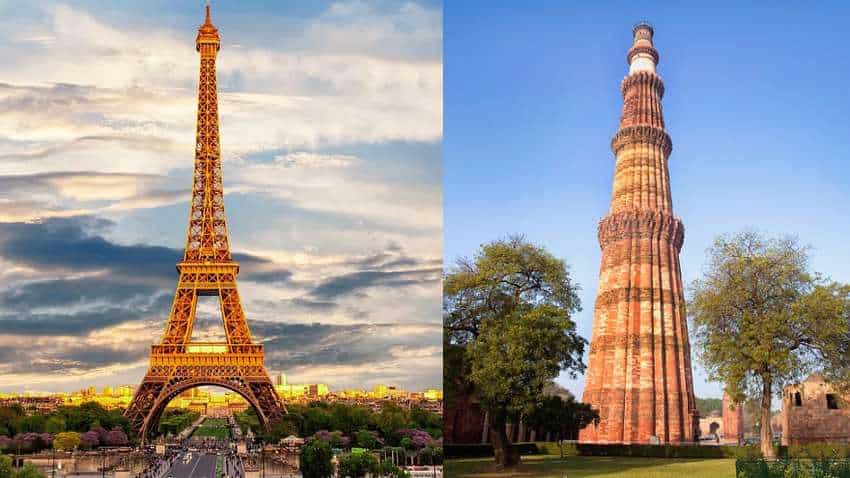 "This is the tallest railway bridge in the world and the maximum designed wind speed for the bridge is 266 kmph," a senior government official said. Pixabay pics.
Written By: Prashant Singh
RELATED NEWS

It may seem unbelievable but it's a fact that the world's highest railway bridge is coming up over river Chenab in Jammu and Kashmir and will be ready by next year, and will connect the valley with the rest of India by train for the first time by 2022. The bridge, which has a central span of 467 metres, is being built at a height of 359 metres from the bed level. The height of Qutab Minar in Delhi is 72 metres and that of the Eiffel Tower in Paris is 324 metres.

"This is the tallest railway bridge in the world and the maximum designed wind speed for the bridge is 266 kmph," a senior government official said as per a report in PTI. The construction work of the bridge was accelerated in the last one year under the direct supervision of the top echelons of the central government, the official said.

According to the plans, Kashmir will be connected with train by December 2022.

The Udhmapur-Katra (25 Km) section, Banihal-Quazigund (18 Km) section and Quazigund-Baramulla (118Km) section have already been commissioned. The last remaining section, the 111 km Katra-Banihal section is currently under execution. It is targeted for completion in December 2022. The 126 km out of 174 km of tunnels on this section has already been completed.

There has been a greater push in the last one year for implementation of various projects under the Rs 80,068 crore Prime Minister's Development Package (PMDP) announced on November 7, 2015, the official said. The package is meant for strengthening socio-economic infrastructure and balanced regional development of Jammu and Kashmir. The programme touches practically every sector and provides for massive investments in basic infrastructure, another official said.

"The work in the PMDP since June 2018 and particularly in the last one year has been the rapid and unprecedented," the official said.

Bottlenecks, which were holding up as many as nine projects about two years ago, have been removed. Some of the major PMDP projects which have witnessed considerable progress or have been completed in last one year include the Rambagh flyover in Srinagar, which was opened for traffic after a delay of over five years.

The Srinagar Leh power transmission line and 220 KV Srinagar-Alusteng-Drass-Kargil?Leh power transmission system have also been completed.  With this, Ladakh now stands connected to the national grid. This has ensured grid connectivity and reliable quality power supply to the Ladakh region.