Under the new certification done by Indian Green Council, only two buildings have qualified for it in the National capital. One in Nehru place and another in Noida. No buildings in Mumbai has so far qualified and for that matter in any other cities in India. Most of the top ten polluted cities in the world are in India. 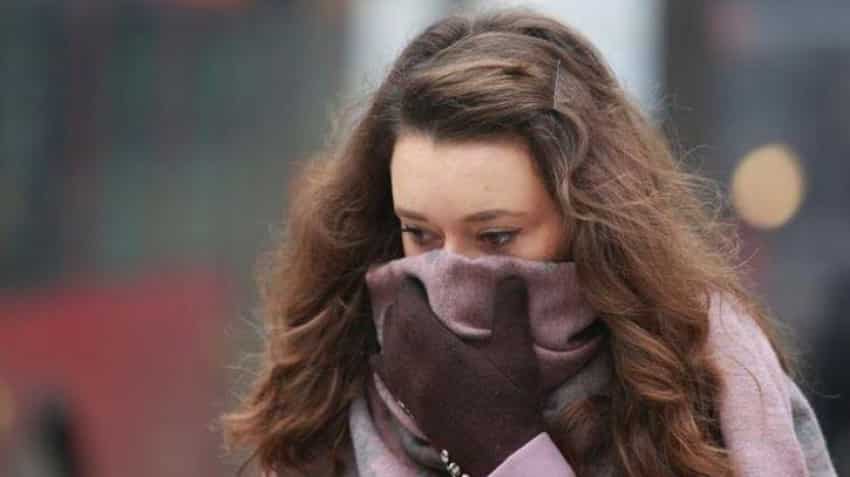 Air quality dips in the atmosphere further even before Diwali in National Capital and northern parts, there appears to be yet another major concern that is going unnoticed, Image source: Reuters
Written By: K R Sudhaman
RELATED NEWS

As air quality dips in the atmosphere further even before Diwali in National Capital and northern parts, there appears to be yet another major concern that is going unnoticed — poor quality of air inside home, offices and commercial complexes in the country.

Atmospheric poor air quality is no doubt bad, what is worse is the air one breathes inside the building, which also needs to be fixed and the common man, particularly in India and China, seems to be oblivious to this danger, caused more by carbon dioxide.

Cooking, room heaters, paints, air conditioners, smoke, dust, insecticides and so on cause pollution inside buildings, which are equally harmful and these are more dangerous than air pollution outside as people generally spend more time inside the buildings, several global studies have indicated.

This is precisely the reason that Europe, which has much better air quality compared to countries in Asia and elsewhere, has greater demand for air purifiers and other appliances that enhance air quality indoors.

Indoor plants could be one solution to reduce carbon dioxide level, but they occupy much more space as hundreds of plants would be required to do the job of one air purifier, besides space come at a premium in cities.

High levels of carbon dioxide inside homes, though not fatal, are a major cause for headaches and lethargy. Indians are poor athletes as their lung power is less due to air pollution both inside and outside homes.

With the Supreme Court restricting the use of fire crackers, some new age entrepreneurs have begun pioneering work to fix this gigantic problem.

Breathe Easy, a start-up founded by Barun Aggarwal is working on improving indoor air quality in large commercial buildings, besides offering solutions like air purifiers and quality masks to policemen and public to overcome this problem.

Aggarwal, who is also CEO of this company, is into research and has won a patent. He basically provides portable solutions, air purifiers for homes and cars, face masks, consumer-grade sensors and undertakes large projects for malls, hospitals, hotels and offices.

Agarwal told DNA Money that while fixing the quality of air outside has to be a government initiative, fixing it inside the building has to be a private initiative. In India, a new concept of international quality certification of buildings has been initiated in this regard.

“The focus is now seven concepts in human well being in the environment. Indian building council in collaboration with US building council has started what is called India health and well-being standard. An Indian Green Council under the auspices of Confederation of Indian Industry (CII) has been set up for certification,” he said.

The certification is given after examining, air quality, water quality, nutrition standards in the canteen, lighting levels, sound, thermal comfort, fitness and mind.

At present, there is the government’s Green Griha certification, but its standards are very low and it does no good particularly in keeping under check air quality and carbon dioxide levels in buildings.

Under the new certification done by Indian Green Council, only two buildings have qualified for it in the National capital. One in Nehru place and another in Noida. No buildings in Mumbai has so far qualified and for that matter in any other cities in India. Most of the top ten polluted cities in the world are in India.

“If we wish to be healthy, we need to make sure that the air we breathe has PM2.5 and PM 1’s (suspended particles in air) under 15 ug/m3 and if we wish to reach our full potential in regard to cognitive ability then in addition, we need to breathe air that had carbon dioxide under 600 ppm and total volatile compounds (VOCs) under 50 ug/m3,” Kamal Meattle, chairman emeritus of Paharpur Business Centre, told DNA Money.

Pharpur Business Centre building in Nehru place is one of the two buildings that has got Indian green council certification. Carbon dioxide level in the atmosphere is around 400 parts per million or ppm, while inside buildings it goes up to 1000-1500 ppm. Anything beyond 700, makes one feel drowsy, lethargic and suffer a headache. It becomes fatal if it is beyond 40,000 ppm.

“One can increase one’s cognitive ability by 299% if we follow this. We should check out saturation blood oxygen levels by using a pulse oximeter. The readings should be 98-100%,” Meattle said.

There is a Harvard study available to indicate how important it is for well being of people to have improved air quality and low carbon dioxide level both inside and outside buildings.