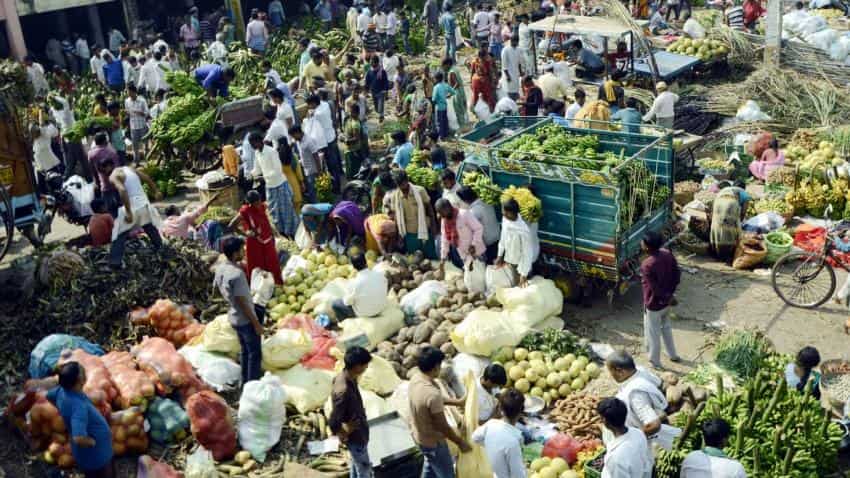 The overall food prices, as gauged by the Consumer Food Price Index (CFPI), rose to 1.90 % during the month under review from 1.25 % in September 2017. Image Source: IANS
RELATED NEWS

According to the data furnished by the Ministry of Statistics and Programme Implementation, October`s consumer price index (CPI) inflation rose to 3.58 % from 3.28 % in September.

As per the ministry`s data, retail inflation on a YoY basis edged higher due to a rise in the prices of food items like vegetables, milk-based products, cereals, meat and fish.

The data on a YoY basis showed that vegetables in October became costly by 7.47 %, while prices of milk-based products rose by 4.30 %.

Other notable categories such as cereals became dearer by 3.68 % and meat and fish recorded a rise of 3.12 %.

Sub-category of food and beverages during the month under consideration recorded a rise of 2.26 % over the same period last year.

"Firming up of crude prices has led to increase in fuel inflation to 6.36 % in October 17 from 5.56 % in September 17. However, cut in excise duty announced by the government tempered the price increase in fuel."

Commenting on the Reserve Bank of India`s (RBI) expected reaction to the inflation numbers released before its monetary policy review meet on December 6, Jaikishan J. Parmar, Research Analyst at Angel Broking, said: "Firstly, the CPI inflation is still well within the RBI comfort zone of 4 %. Secondly, the GST Council has drastically cut the GST rates... that is likely to have a subduing effect on retail inflation in the coming months. However, the RBI rate decision may still predicate on the Fed trajectory."

Ratings agency Crisil said: "In the months ahead, inflation could see an upside from further rise in oil prices and higher household spending led by implementation of farm loan waiver and an expected upward revision in salary and allowances of state government employees."