After flagging concerns surrounding the inflationary impact of the high indirect taxes on fuels for the second time, RBI Governor Shaktikanta Das on Friday said it is now for the government to take a decision on the issue 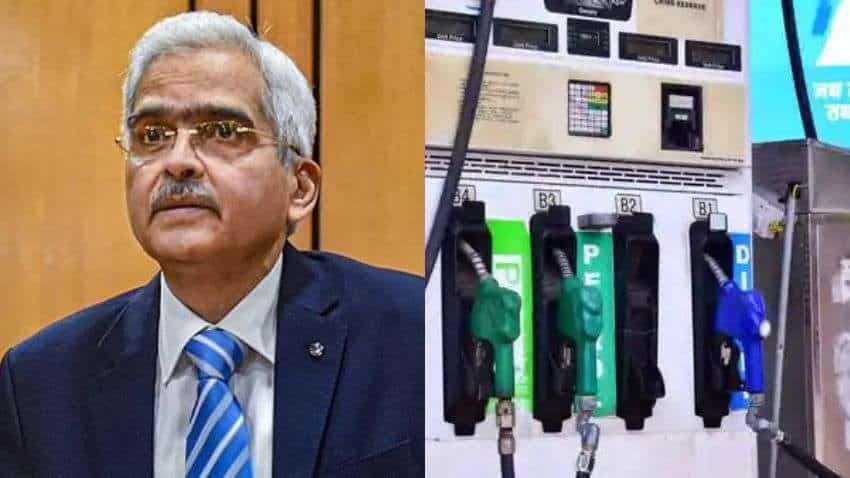 After flagging concerns surrounding the inflationary impact of the high indirect taxes on fuels for the second time, RBI Governor Shaktikanta Das on Friday said it is now for the government to take a decision on the issue, which is pinching common citizens.

Das, who had earlier flagged the issue publicly for the second consecutive time in as many policy announcements, said that the government has acted on other supply side issues like pulses and edible oils.

It can be noted that the government had hiked duties and cesses on fuels like petrol and diesel to record levels after a sharp dip in global crude prices last year which resulted in higher revenue collections.

With the rebound in prices, the government has not moved to cut the taxes due to which Indians are paying over Rs 100 for a litre of petrol and diesel is also close to the three-digit mark.

On this issue (indirect taxes on fuels) as well as on several other issues where the action lies in the domain of the government, there is constant engagement between the RBI and the government. We voice all our suggestions and concerns from time to time, Das told reporters in the customary post policy interaction.

On the petrol and diesel front, we have flagged the issue, now it is for the government to consider all the aspects and take a decision beyond that I have nothing to add, Das added.

He welcomed the other measures taken by the government to reduce the supply side constraints and added that now the government is getting into an agreement with certain neighbouring countries for import of pulses as well.

Efforts to contain cost-push pressures through a calibrated reversal of the indirect taxes on fuel could contribute to a more sustained lowering of inflation and an anchoring of inflation expectations, Das had said in his statement earlier on Friday morning.

It can be noted that the RBI is an inflation-targeting central bank which is mandated to get the headline price down to 4 per cent. In some instances in the recent past, the CPI inflation has breached the 2 per cent tolerance band as well.

The central government has in the past said that cutting fuel taxes needs collective action from both the centre and the states, and also said that it is forced to collect higher taxes because of oil bonds issued in the past under the UPA government.

Omicron-led volatility likely to weigh on markets for next 2 week - What should investors do?