Reliance Industries runs the world's largest single-location refinery at Jamnagar with a daily capacity of around 1.24 million barrels. 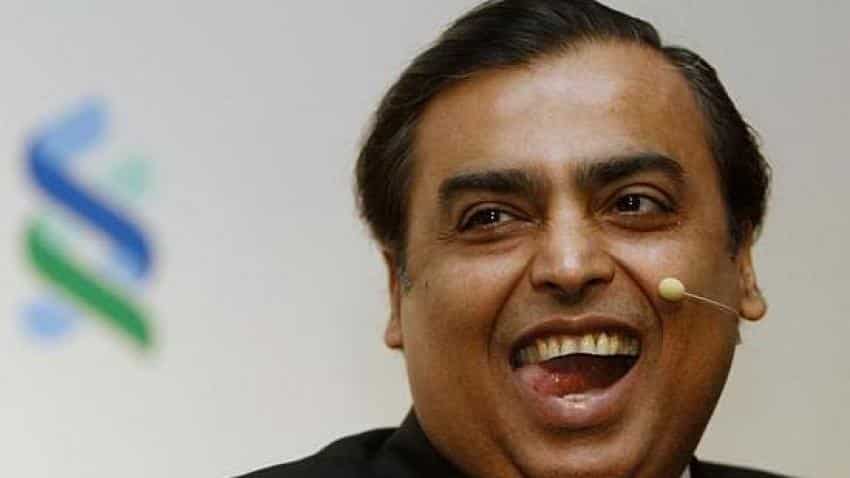 Global rating agency Fitch today affirmed Reliance Industries' long-term foreign-currency rating at BBB-, with a stable outlook. RIL's rating is supported by its strong business profile, which is driven by its robust refining and petrochemical operations, the agency said in a note.

Its primary analyst and a director Muralidharan R cited the robust and improved refining operations that consistently outperform regional refining benchmarks as one of the reasons for retaining the rating with stable outlook.

The company runs the world's largest single-location refinery at Jamnagar with a daily capacity of around 1.24 million barrels.

Reliance Industries (RIL) also benefits from its dominant market position in the petrochemical business, driven by its integrated business model with minimal presence in upstream. RIL recently completed a massive capex that upped the downstream integration, improving its business profile.

RIL's GRM (gross refining margin) improved to USD 11.6 a barrel in FY18, from USD 11 a barrel in FY17, in line with strong industry-wide margins, Muralidharan said in the note.

"While we expect industry-wide refining margins to moderate, we expect RIL's GRMs to remain strong, supported by benefits of its capex. It completed the first phase of a gasification project in H2 of FY18, with the balance scheduled for completion in the H1 of FY19," he said.

But the rating agency noted that its digital services business, Jio, is still small and evolving, and faces intense competition from incumbents. RIL has pumped in around Rs 2.2 trillion till March 2018 into Jio, and "we expect it to make further investments based on the actual growth and performance," it added.

Since Jio has turned profitable in the first year of operations to the year to march 2018, "we expect it to continue to register strong growth and its business to evolve over the medium-term.

"We expect RIL's financial profile to improve, supported by its strong operating cash flows from its expanded petrochemical and refining business. Cash flows will also benefit from lower capex in its energy businesses over the medium-term," the agency said.

Its operating and expected financial profile places its unconstrained credit profile at the BBB level, which is reflected in its rupee loan rating, but its foreign currency rating at BBB- is constrained by the sovereign rating.

Other reasons for the rating stance is the expanded petrochemical operations with expanded capacities, commissioning of a refinery off-gas cracker and stronger ethane sourcing which strengthened its downstream integration and its dominant position in the petrochemical business.

RIL's petrochemical operating profit rose to Rs 2,120 billion in FY18, from Rs 1,300 crore in FY17, reflecting the benefits of its expanded capacity, feedstock flexibility and improved integration, the agency said.

Fitch expects the telecom business to continue robust growth over the medium term. "We expect the subscriber addition to remain strong, driven by attractive high-speed 4G data and feature phone offerings," it said.

Jio's subscriber base reached 186.6 million by March 2018 after its first year of commercial operations, with a net addition of 26.5 million in the last quarter boosting revenue.

"While the Jio feature phones may result in lower average realisations in the near-term, we believe it also has the potential to support strong data consumption growth over the medium-term," said the report.

Declining capex is another reason for better financial profile, the report said, adding, "We expect RIL's capex to come down from FY20 following completion of most of its refining and petrochemical expansion in FY18. But we also expect RIL to continue to invest in its mobile business and expand its fibre business, which will drive capex over the medium-term."

The agency expects RIL's free cash flows to turn positive by FY20, driven by strong internal cash flows from its expanded refining and petrochemical operations, which will be primarily driven by declining capex.

"Consequently, we expect RIL's net debt to fall and its credit metrics to improve over the medium term, helping its net leverage to fall to below 2.5 times by FY20 and further to around 2 times by FY21," it said.